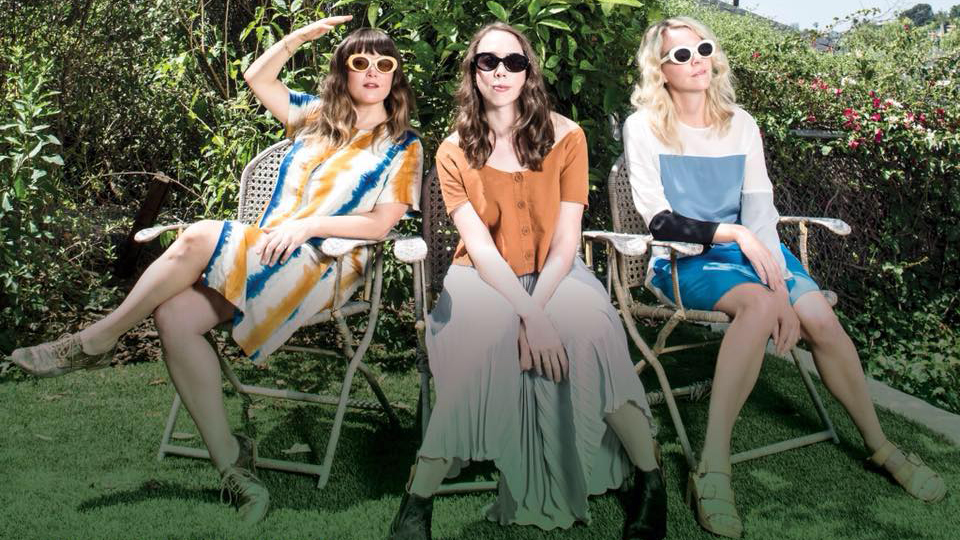 Credit: I'm With Her

Folk supergroup I’m With Her – formed of Sarah Jarosz, Sara Watkins and Aoife O’Donovan – have been winning over an army of loyal fans both in the States and here in the UK. Ahead of the release of their debut album See You Around next month, the trio have travelled to Europe for a short tour, including a sold-out performance at London’s Bush Hall.

The band arrived on stage to a rapturous reception and spent much of their acoustic set crowded around a vintage microphone. They opened with Little Lies, which showed off the perfect blend of their voices and had a gorgeous lilting melody that reminded me of Ben Howard or the Corrs. I loved the storytelling in the lyrics and how they changed up the tempo towards the end of the song too. They then followed this with Ain’t That Fine, mixing a jaunty melody with evocative imagery of being on the road.
Throughout the set the band delivered a mix of uptempo and slower songs, ranging from the driving rhythm of Hornets and the gentle humour of the layered Today Is A Bright New Day to the introspective Remember Why. I also really liked the bluegrass vibes of Hasse A’s and the bluesy, atmospheric See You Around. Although it seemed to take them a little while to interact with the audience, once they did they were laughing and joking with the crowd and telling stories about their experience of being on the road, and it was clear that they were incredibly moved by the fact that people had come to hear them. They also seemed to have a very close bond on stage, jamming together and moving around the microphone, which added to the intimate nature of the show.

The songs were arranged very simply, which allowed all three band members to showcase their soaring harmonies and excellent musicianship. In particular I was impressed with Sara’s violin-playing throughout, which added a traditional vibe to their sound, and with Sarah’s banjo playing. Aoife also hit some impressive notes throughout the set, particularly on the romantic Under The Apple Tree which highlighted the smooth quality of her voice. I also liked that they rotated their positions on stage, meaning each member got a chance to take the lead – it was clear that this is a collective effort and that all three are equals in the project.

However for me the standout moment was the trio’s cover of Adele’s Send My Love (To Your New Lover). The stripped-back nature of the song allowed all the band members’ voices to shine out and the crowd absolutely loved it. Another highlight was Be My Husband, which saw the band accompanied simply by claps and stamps. It gave the song a soulful gospel spin and had the audience completely spellbound.

After a thunderous response from the audience, the band returned to the stage for an encore of their song Overland, which showed off the raw emotion in Sara’s voice and their ability as storytellers. They followed that with a cover of Gillian Welch’s A Hundred Miles, beginning with an acapella intro which highlighted their excellent vocals and finished the show on a hopeful note.

Overall I loved I’m With Her. Their songs are rich, full of texture and paying homage to 70s folk traditions whilst putting a contemporary spin on things. However, what I particularly loved was the strength of their voices – both alone and together – and their outstanding musicianship. The audience was completely transported by their music and it was a truly immersive experience. They’re coming back over to the UK in May to play Union Chapel and have promised a ‘completely different’ show, so snap up tickets if you get the chance!

Advertisement. Scroll to continue reading.
In this article:Aoife O'Donovan, I'm With Her, Sara Watkins, Sarah Jarosz