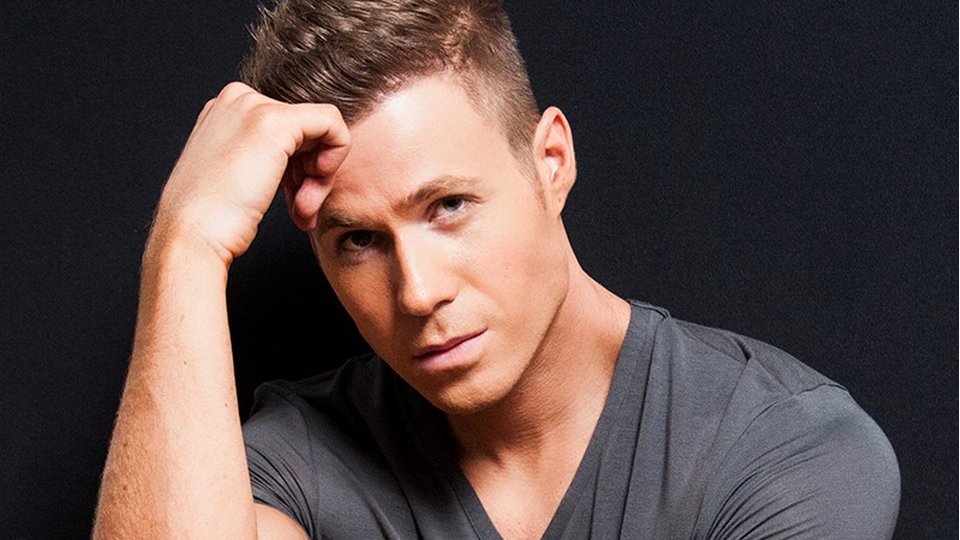 It’s time to open another Manvent door but who could be behind it?

Former boyband star turned model, musical theatre actor and solo star Ashley Parker Angel is serving up some serious guy candy today. As well as touring in various musicals including Wicked, Angel keeps his followers very happy by stripping off his clothes and leaving not very much to the imagination.

If you follow him already, you’ll know that he’s a complete tease but we’re not complaining. With his chiselled good lucks, his killer abs and his bulges in all the right place, Angel is a serious hottie.

You may remember him from the boyband O-Town, who were formed during a reality TV show, but he walked away from that to launch a solo career. When the band reunited, Angel wasn’t part of it and it’s about time he got back to releasing his own music we think!

Take a look at some of Ashley Parker Angel’s hottest pictures below:

Wake me up when #winter ends ❄️ It’s time for us to go to #sleep 💤 #HIBERNATE — all natural sleep aid coming soon ✖️ @LiveHighLevel / LiveHighLevel.com ✖️ What time do you normally go to sleep? Tell me in the comments👇🏼 One random person who comments gets the first bottle of Hibernate ‼️

#Day99 and almost at the finish line 🏁 Just in time for Thanksgiving. 🙏🏼 What’s your favorite side — mashed potatoes or stuffing?? 😋 Tell me in the comments 👇🏼I’m chatting… #100DaysOfFitness

💢 Stoked to announce my team at @LiveHighLevel is launching HIBERNATE, the best natural sleep aid you’ll find anywhere. 🙌🏼 Hands down. 🙌🏼 Made from the highest quality, natural ingredients, HIBERNATE helps you fall asleep faster and stay asleep longer. ✔️Unlike sleeping pills there’s no grogginess and HIBERNATE is healthy and non habit forming. Don’t miss our sale at www.LIVEHIGHLEVEL.com save 15% off your first order of with code “SweetDreams” 🌛😴 #25DaysOfFitness #Day5

Celebrating the day I was born by dressing for the occasion… are the shoes too much?? 🎉 #birthdaysuit