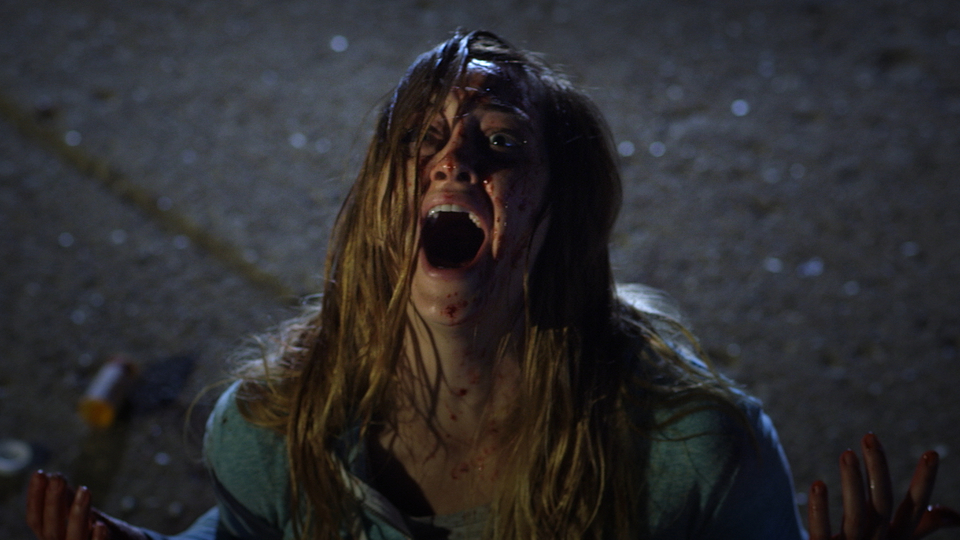 Dissecting the tropes of the traditional slasher film, Ruin Me is a horror with plenty of solid ideas delivered with suitable verve by director Preston DeFrancis, who also co-wrote the film with Trysta A. Bissett. Tapping into a knowing audience’s expectations for a horror, Ruin Me peppers this with genuine unease to create an experience that keeps you guessing until the end. This isn’t Scream, which turned the genre on its head 20 years ago. Ruin Me is more a re-examination of similar themes, taking the perspective of reality experiences that people crave today.

The set-up is simple – with attractions bringing in big business, a company decides to stage a slasher weekend where paying customers can get an adventure experience as if they were in a slasher movie themselves. Signing disclaimers and waivers before they start, a small group of adults start a journey that will test their resolve and nerve. But when things cut too close to the bone, the group finds themselves asking if it’s all just a game, or is there something much some sinister going on?

The big success of the film comes from not knowing if the main character Alex (played superbly by Marcienne Dwyer) is experiencing trauma from a chequered past that she’s trying to distance herself from. This keeps you guessing throughout, and even when you think you know how this is playing out, there’s another sting along the way to make you reassess your opinions.

The supporting cast are all solid. Chris Hill was a particular favourite for me, delivering solid laughs and, in many ways, is our proxy for the whole movie. Matt Dellapina plays Alex’s therapist boyfriend who is trying to help her through a tough patch. John Odom and Eva Hamilton are great as a couple of Goths who love to partake in horror experiences.

Ruin Me has some great sequences, mostly based in the forest which plays on the participants fears whilst they try to solve clues of ‘the game’. But mid-way through, the film shifts gear and delivers a great sequence that really wouldn’t be out of place in a Saw movie. And that’s why the film works so well, it keeps things interesting and unexpected. When the finale lands, it has one final stab at the audiences misconceptions and it’s a great way to end the film. In all, Ruin Me is a horror that punches far above its weight and deserves a big audience.