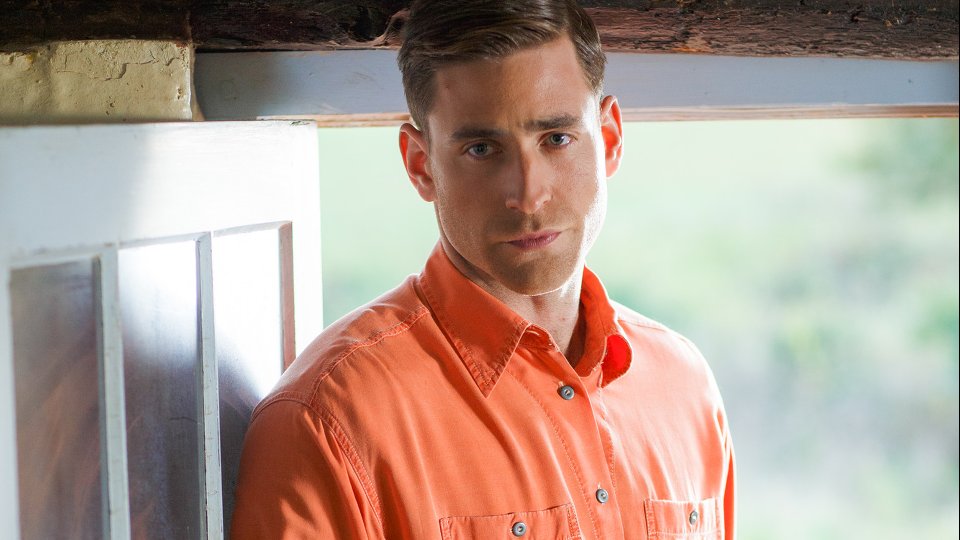 Yes, we know we’re late to the party but better late than never right?

BBC Two drama Man in an Orange Shirt finally caught our attention when we laid eyes on leading man Oliver Jackson-Cohen. The English actor and model, who sports a fantastic chest rug, is definitely our new favourite crush.

Man in an Orange Shirt is a two-part love story that tells the very different challenges to happiness for Michael (Oliver Jackson-Cohen) and Thomas (James McArdle) in the aftermath of World War II, and to Adam (Julian Morris) and Steve (David Gyasi) in the present day.

Aside from Man in an Orange Shirt, Oliver has starred in the short-lived Emerald City, ITV’s monster hit Mr Selfridge and alongside Jonathan Rhys-Meyers in Dracula.

We’ve pulled together some images from Man in an Orange Shirt so you can see why we’re crushing on Oliver. It should also be noted that he’s an awesome actor!

Have a good old swoon over Oliver Jackson-Cohen in our gallery below:

Man in an Orange Shirt is available to watch on iPlayer and will be released on DVD by Network on 18th September 2017.

Advertisement. Scroll to continue reading.
In this article:Oliver Jackson-Cohen