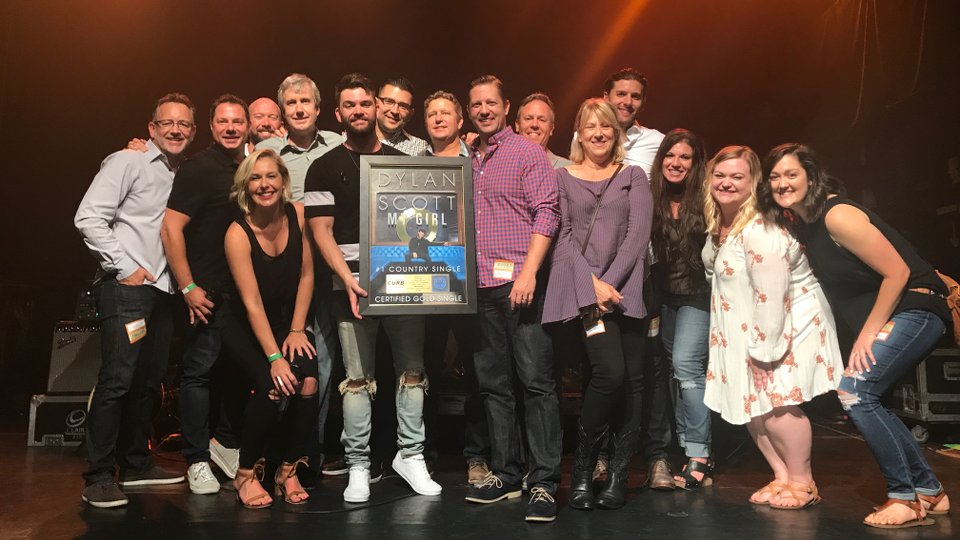 Last Tuesday Dylan Scott performed his first concert in New York City to a sold-out crowd at Gramercy Theatre and he was surprised with a Gold record for his hit My Girl.

As Scott was about to launch into his number 1 hit My Girl, he was surprised on stage by Curb Records and the NASH FM 94.7 team who presented him with his first RIAA-certified GOLD record.

During his NYC show Scott performed songs from his self-titled album, along with new tracks taken from the just released deluxe edition including new single Hooked. He also performed a cover of Keith Whitley’s iconic track When You Say Nothing At All.