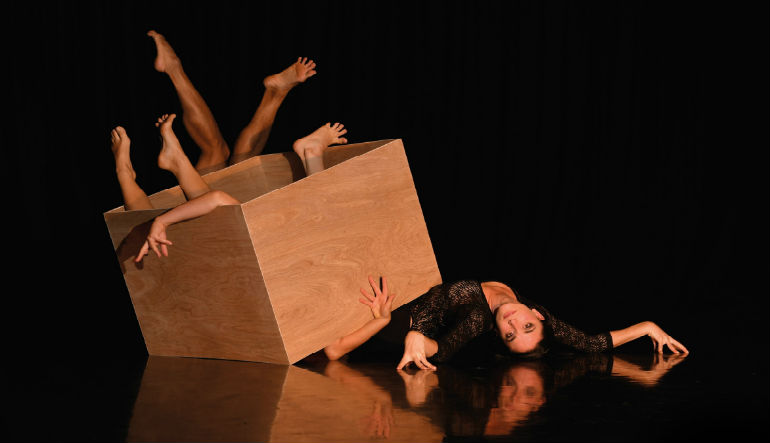 Leeds-based Phoenix Dance Theatre is set to return to its home stage in September with a performance that celebrates the exceptional female talent within the company.

Led by Artistic Director and Yorkshire Woman of the Year, Sharon Watson, the
evening promises to be a vibrant showcase of dance championing the work of
its own female choreographers. Sharon explains:  “Last year there was much discussion around the lack of female choreographers – it hit the national newspapers and caused a bit of stir. I was part of that national discussion; it’s no secret that whilst early dance is populated with women, the higher up the ladder you go the less women you see.”

Sharon is still passionate about the subject and so created this production as a positive response to the negative backlash.  The result is a thrilling evening of dance that includes a never-before-seen excerpt of a major new piece choreographed by Sharon.  Windrush: Movement of the People celebrates the 70th anniversary of the arrival of the ship SS Empire Windrush which brought the first generation of Caribbean immigrants
to England in large numbers; it was 1948 and it would mark the start of the post-war immigration boom which was to radically change British society.

“I am really excited about this piece,” says Sharon. “Windrush highlights both the struggles and the good times the Jamaican community experienced during those early years.  It’s an uplifting production and has a great soundtrack – everything from Calypso to RnB. It premieres at the West Yorkshire Playhouse in February next year, but I thought this was a perfect opportunity to give our audiences a taste of what’s to come.”

Earlier this year company dancer and choreographer Sandrine Monin won two
national awards from the lead industry body for dance and dance education,
One Dance UK, which was a real coup for the company.  Just last year Sharon
had given Sandrine her first commission and the outcome was Calyx. Inspired by and based on the book of poems The Flowers of Evil by Charles Baudelaire, Calyx explores the themes of beauty, desire and decadence.

“The Calyx is the outermost part of a flower – the bud,” explains Sandrine. “It envelopes the flower, protecting it, and when it blooms it provides support for the rest of its life.  I find it a fascinating and beautiful thing and have used the dancers to translate this.”

Alongside Calyx and the exclusive Windrush excerpt is an original solo by dancer Carmen Vazquez Marfil; a tongue-in-cheek collaboration between dancer Vanessa Pang and Rehearsal Director Tracy Tinker set in the audition room, and a new piece choreographed by dancers Natalie Alleston and Vanessa Pang for the rising stars of the Phoenix Youth Academy.

Phoenix At Home: A Celebration of Female Choreographers is at The Stanley and Audrey Burton Theatre from Wednesday 27th to Saturday 30th September. Tickets are on sale now priced at £15, £12 concession. Book online at  www.theatreleeds.com or call the box office on 0113 220 8008.