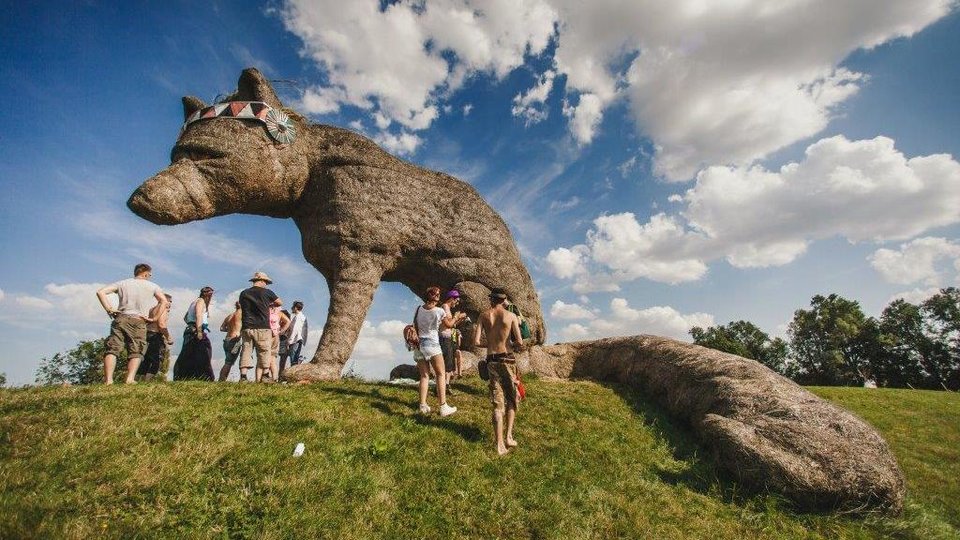 The Secret Garden Party opened its doors to festival revellers for the very last time this year and as expected it was quite emotional. I have been going to this festival since 2010 and can’t imagine summer without all the extravaganza and love, SPG has been giving me for the best part of a decade. If you want to know, which moments made me particularly emotional keep reading.

The Secret Garden Party is probably one of the most colourful festivals I have been to in the UK and also the one with most glitter. It was great to see everyone take part in the fun, be it young, old, male or female. This year you could get glitter masks at The Little Gay Brother, glitter boobs at the boob parlour and much more.

SGP has always found novel ways to get people to feel inclusive and one of the best ways was through the games you can partake in. Whether you want to go to a wedding, a funeral, a wetsuit competition, take part in SGP’s next top model, hold exotic spiders and snakes or just wrestle in the mud, there was always a place you could find entertainment to be involved in or simply enjoy watching.

8. Trying to get on the Lake Stage and failing

This happened almost every year! I decided this year would be the one where I would finally dance on the centrepiece of the festival but unfortunately like every year, I didn’t have the patience required to board. I was a sad on Saturday when the mansion was set ablaze and all that remained was a burning heart at its centre.

7. Playing in the mud

I must say I have never taken part in these games and in all the years I have been going to The Secret Garden Party, I have only experienced three muddy festivals. What I have always loved about the mud games was that enthusiasm people showed. This year I saw people sliding on the mud for hours and then jump in the lido to clean up. The sheer joy in their faces made those moments quite special.

6. Partying in the woods

Of course Secret Garden Party has always labelled itself as ‘a serious party’ and that could mean all sorts from parties in tiny tents to massive secret raves in the woods. My nights always tended to be a mix of the Labyrinth and The Woods, as these were also great places to escape the pouring rain.

5. Links to past Secret Garden Parties

There were quite a few nudges to previous  SGPs, for example the sunflower field made a comeback, planes made beautiful shapes in the sky during the weekend and other intricate mementos were scattered around the site. Of course these may have been lost to newbies but for old timers those were quite special.

Secret Garden Party was always about surprises whether it was the random tent you stumbled upon that wasn’t there the day before, the limo driver that wants to give you a ride around the block, the giant fire heart hidden in a mansion and all of those wonderful nuggets that made everyone smile consistently throughout four days of magic.

These were always a must see and always busy. The grand finale was always the lake stage burning and this year it seemed even more meaningful than ever.

This really made me quite emotional as it included snippets of past SGPs and the final heartbeat at the end was quite teary.

No other festival has ever made me feel like everyone there was part of something special and given me a feeling of togetherness, quite like The Secret Garden Party. Every smile had meaning, every hug was shared, friendships were made, helpfulness was always at the centre stage, feeling free and a pure sense of positivity.

The Secret Garden Party is now finished but I will always remember it, I am sure I am not alone.