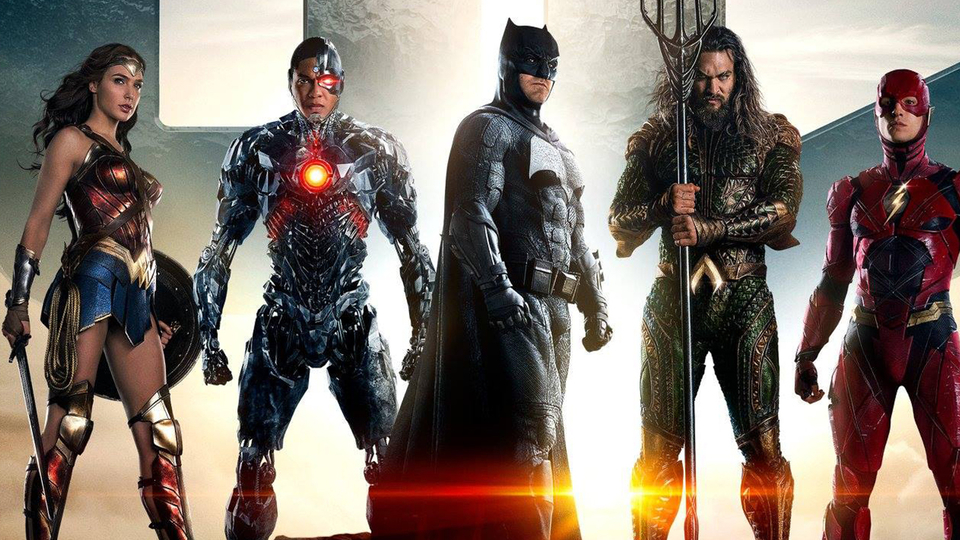 Warner Bros were at SDCC this weekend and they released a fantastic new trailer and artwork for their explosive new DC team-up movie – Justice League.

The anticipated superhero film groups together Batman, Wonder Woman, Cyborg, Aquaman and The Flash in a bid to save the world after Superman’s death… or is he dead? Of course not, he’s Superman! But he’s noticeably absent from this new trailer too.

Ben Affleck returns as Batman/Bruce Wayne as he looks to recruit members to form a team to protect earth now that Superman (Henry Cavill) has gone – after the events of Batman v Superman: Dawn of Justice.

The film, directed by Zack Snyder with Buffy and Avengers supremo Joss Whedon stepping in for reshoots, also welcomes back Amy Adams as Lois, Jesse Eisenberg as Lex Luthor and Jeremy Irons as Alfred Pennyworth while Oscar winner J.K. Simmons enters the franchise as Commissioner Gordon. Expect Jared Leto to make more than just a fleeting appearance as The Joker too.

Check out the new trailer and poster below;