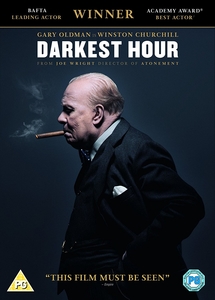 A first-look trailer has finally arrived for the follow-up to Paddington, cleverly titled Paddington 2.

Paul King returns to co-write and direct Paddington 2 and it looks to have retained all of the magic from the first film.

Check out our review of Paddington.

The much-anticipated sequel to the worldwide hit family film finds Paddington happily settled with the Brown family in Windsor Gardens, where he has become a popular member of the community, spreading joy and marmalade wherever he goes.

While searching for the perfect present for his beloved Aunt Lucy’s hundredth birthday, Paddington spots a unique pop-up book in Mr. Gruber’s antique shop, and embarks upon a series of odd jobs to buy it. But when the book is stolen, it’s up to Paddington and the Browns to unmask the thief…

A Heyday Films and Studiocanal production, Paddington’s return to the big screen is helmed by BAFTA nominated director Paul King, and written by Paul King and Simon Farnaby (Mindhorn).

Paddington 2 is produced by multi award-winning David Heyman (producer of all eight of the Harry Potter films).

Paddington 2 will be released in UK cinemas on 10th November 2017.