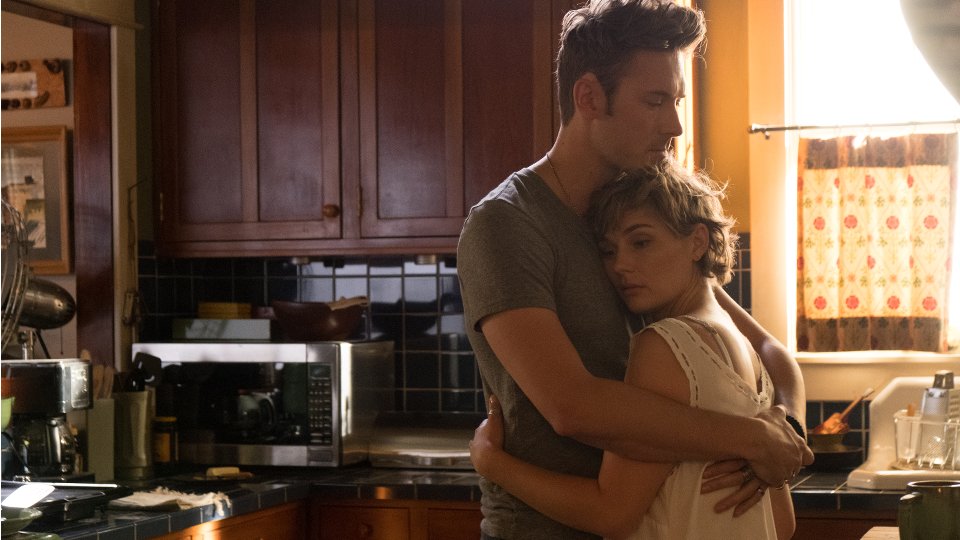 Zach Welles (Cameron Scoggins) rolled into town with a potentially lucrative offer for Rayna (Connie Britton) on the latest episode of Nashville.

Still struggling with Highway 65, Rayna was surprised when Zach offered to finance the company in exchange for a 20% stake. Deacon (Charles Esten) wasn’t so sure about Zach’s offer but after Rayna reviewed the contract with her lawyer, she decided it was a good offer.

At the same time Rayna was disturbed when a letter was delivered through her front door by a stalker. Who could that be? Her new intern seems too obvious right?

Meanwhile Juliette (Hayden Panettiere) tried to push her recovery as she became impatient about her lack of progress. She pushed it too far causing arguments with Avery (Jonathan Jackson) and giving her flashbacks to the plane crash, which drove her to church where she looked for answers as to why she survived.

By the episode’s end though, Juliette reconnected with Avery and the two slept together.

Elsewhere Scarlett (Clare Bowen) and Gunnar (Sam Palladio) were introduced to video director Damien George (Christian Coulson) by Zach, and Will (Chris Carmack) got cold feet about moving in with Kevin (Kyle Dean Massey) after being attracted to other men, leading to the couple breaking up.

The next episode of the season is Love Hurts. The Exes make a music video. Scarlett and the director, Damien George, fight over their differences. Clay and Maddie’s relationship builds. Clay shows Maddie a different part of town.

This episode originally air on CMT in the US on 26th January 2017.