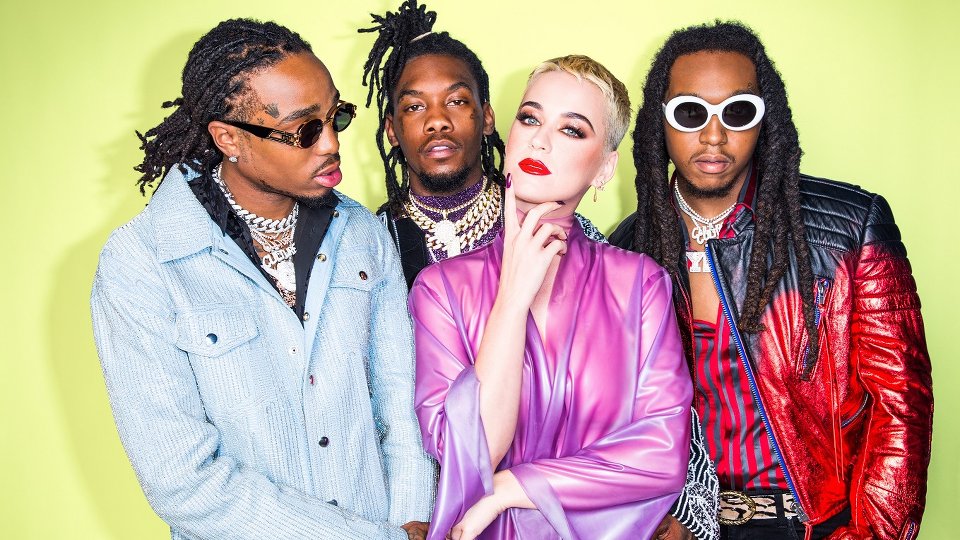 The song is the latest preview from Katy’s forthcoming album and the follow-up to Chained to the Rhythm. Katy co-wrote the track with Max Martin, Shellback, Oscar Holter, Ferras Alqaisi and Migos.

Bon Appetit is a lighter affair than Chained to the Rhythm and features Katy delivering breathy vocals over electro-pop beats. It’s a different sound than we’re used to hearing from the popstar and a hint at the direction her new music is going in.

Chained to the Rhythm set an all-time record for the best first day of streaming of a single track by a female artist in Spotify history clocking up more than 3 million streams. The song was the biggest airplay hit of the past 12 months and has passed 500 million audio/visual streams worldwide.

Listen to Bon Appetit below:

In this article:Katy Perry, Migos