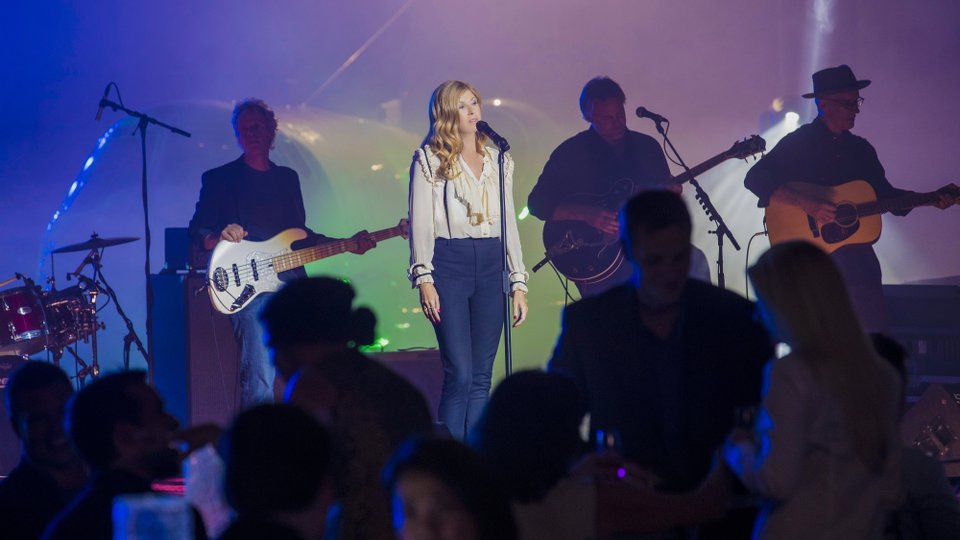 Nashville fans in the UK get excited because the fifth season arrives this month on Sky Living HD.

The first 11 episodes of the new season have already aired in the US and it’s been a nightmare trying to avoid spoilers!

When the show finished its fourth season, Juliette (Hayden Panettiere) was in peril as the plane she was travelling on went missing in the air as Avery (Jonathan Jackson) waited for her with Cadence.

Elsewhere in the episode Maddie (Lennon Stella) returned to Rayna (Connie Britton) and Deacon (Charles Esten), Gunnar (Sam Palladio) and Scarlett (Clare Bowen) kissed on stage, and Will (Chris Carmack) got back together with Kevin (Kyle Dean Massey).

The first episode of the new season is The Wayfaring Stranger. The season begins with Rayna and Deacon facing a new normal with Maddie now back home and Highway 65 struggling financially. The shocking news about Juliette creates a wave of emotions throughout Nashville and sets Rayna off on a journey of discovery.

Nashville kicks off its fifth season in the UK on Friday 28th April 2017 at 9pm on Sky Living HD. Preview the episode with our gallery below:

This episode first aired in the US on 15th December 2016.