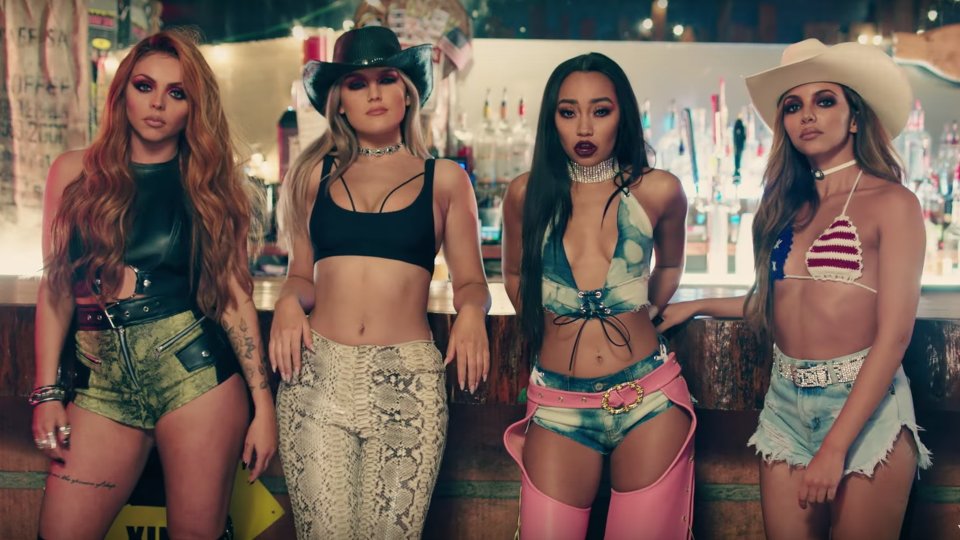 The video features the girls walking into a dive bar and they have to work hard to win over the locals. They participate in line-dancing before things turn very Coyote Ugly as the girls jump on the bar and start hosing down each other, and the men in the bar.

No More Sad Songs, which has been remixed for its single release, was written by by Electric (Black Magic, Shout Out To My Ex), Emily Warren (Chainsmokers ‘Don’t Let Me Down’) and Tash Phillips, and produced by Electric. It’s the third single to be taken from the group’s massive-selling album Glory Days.

Earlier this year Little Mix picked up Best British Single at The BRIT Awards for their number 1 hit Shout Out To My Ex.

Watch the video for No More Sad Songs below: