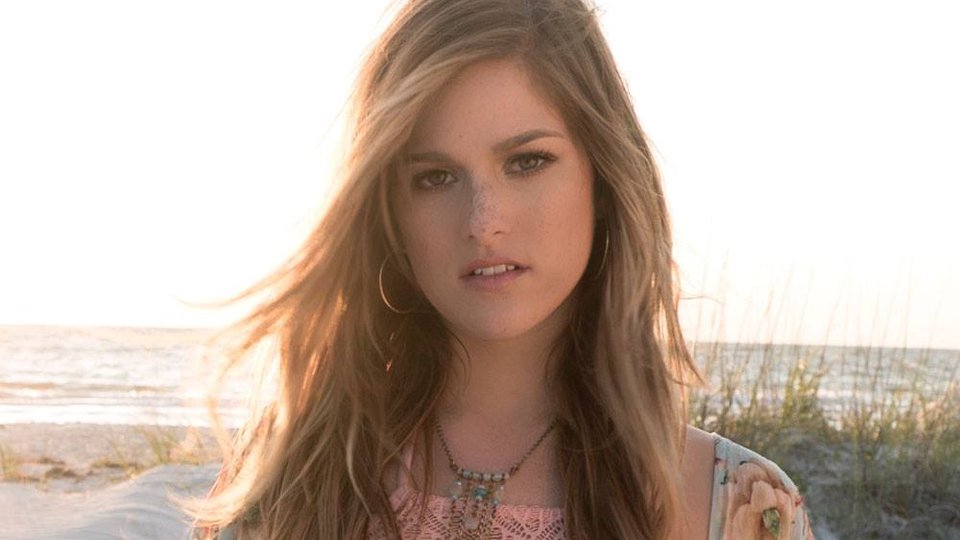 Following her surprise appearance on stage with Chris Young at C2C: Country to Country on Friday night, Cassadee Pope got the chance to shine on her own last night when she took to the Yamaha Music Stage.

Like Chris, Cassadee rose to fame on a reality TV show when she won The Voice in 2012. Since then she’s released debut album Frame By Frame, which hit number 1, and she scored her first number one single Think of You with Chris Young. Last night’s acoustic performance was Cassadee’s first major solo performance in the UK and judging from the audience reaction it won’t be her last.

The set opened with I Wish I Could Break Your Heart and the first thing that became clear is Cassadee can really sing. That shouldn’t come as a surprise given she won The Voice but good lord the girl can sing. Chris Young warned us the day before that she’s a damn good vocalist and he’s not wrong. The power and range she has gives Carrie Underwood a run for her money.

Second track Me, Myself and Wine is a new song that Cassadee hasn’t performed before. It had a similar radio-friendly melody and again really showcased her remarkable voice. Despite the audience not knowing the track, they seemed to be singing along by the end, which is surely the ultimate compliment when you’re debuting new material?

Cassadee returned to familiar territory for her final song as she performed her debut single Wasting All These Tears. It was another powerhouse vocal and she easily delivered the best vocals that I heard in the arena during Day 2. She could probably sing the phone book and I’d want to sit there and listen to her.

Hopefully it won’t be long before Cassadee returns to our shores. I simply can’t get enough of her vocals and I’d love to hear her perform a full set with a band. In three short songs, Cassadee made sure that Country fans in the UK will remember her for a long time to come and I can’t wait to see what she’s got coming up next.

Set list: 1. I Wish I Could Break Your Heart 2. Me, Myself and Wine 3. Wasting All These TearsPerformance Date: Saturday 11th March 2017

In this article:C2C, Cassadee Pope