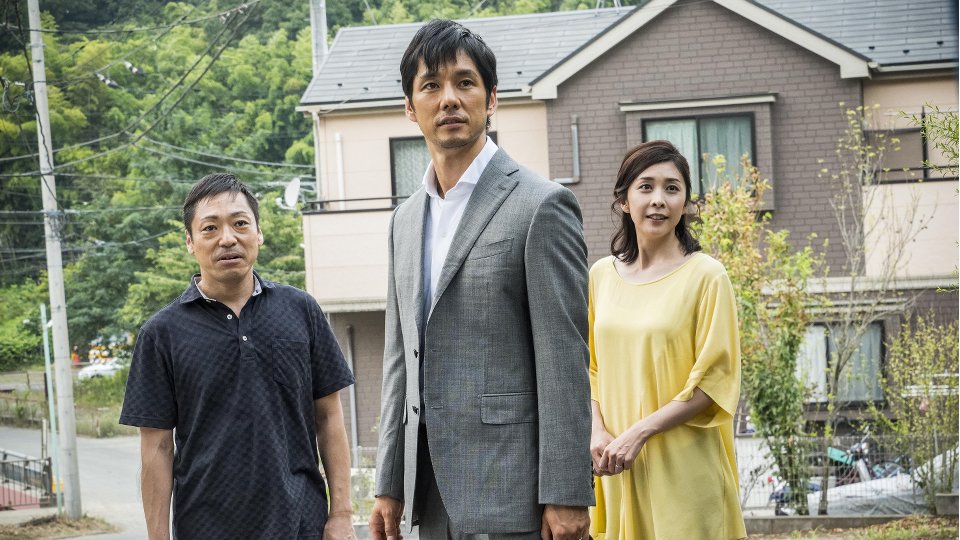 Director Kiyoshi Kurosawa first came to prominence in the West with his J-Horror masterpieces Cure and Pulse [Kairo]. Now he makes a triumphant return to the horror genre with Creepy, a macabre and deeply unsettling thriller that has left audiences around the world shivering in fear.

Based on a novel by Yutaka Maekawa, Creepy follows ex-police detective and criminal psychologist Takakura (Hidetoshi Nishijima, Dolls), who moves to a quiet suburban town seeking peace and quiet. When a former colleague asks for his assistance on a case involving a disappearing family his investigation leads him to suspect that his neighbour is a psychopath who comes into people’s households and takes over their lives.

With a stunning cast made up of many of Japan’s leading actors including Hidetoshi Nishijima, Yuko Takeuchi (Ring) and Teruyuki Kagawa (Tokyo Sonata, Rurouni Kenshin), Creepy expertly mixes the genre conventions of the American thriller and Japanese horror to create this breath taking thriller. The Masters of Cinema series is proud to present the film’s home video debut in a dual-format edition.

To celebrate the release we have 3 copies to give away to our readers. To be in with a chance of winning, all you need to do is answer the question below:

Advertisement. Scroll to continue reading.
In this article:Creepy