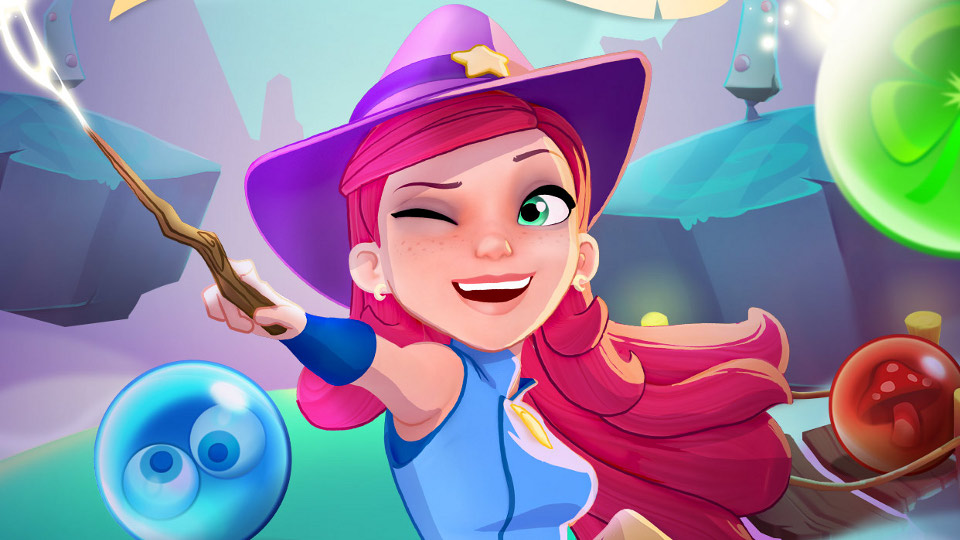 King have announced the launch of Bubble Witch 3 Saga, the third instalment in the Bubble Witch game franchise. This latest title from King transports players to a magical, bubble-filled wonderland, where they’ll enjoy a host of new game modes, features and bubble-shooting challenges.

Available to download for free from the Apple App Store, Google Play, Amazon Appstore and Facebook, Bubble Witch 3 Saga rejoins key characters Stella, the fearless and powerful witch with attitude, and Wilbur, the lazy fat cat empowered with dark magic. The new game sees them embark on a spellbinding adventure as they battle against each other to take control of the enchanted lands of Witch Country.

Players will need to help an older and wiser Stella overcome Wilbur, who is possessed by an evil spell and has captured the fairy queen. To break the curse and defeat the feline who always lands on his feet, players must keep their wits about them and shoot their way through the game to solve a variety of bubble puzzles.

Watch a behind the scenes video of Bubble Witch Saga 3 below:

New game elements include Stella’s House, where players can help rebuild her home by filling their star bar and collecting Star Dust, which in turn allows them to customise and upgrade her house. Players can also enjoy a selection of new bubbles and boosters, an improved ‘aiming line’ feature which enables greater precision when shooting, and a range of special game modes, including: