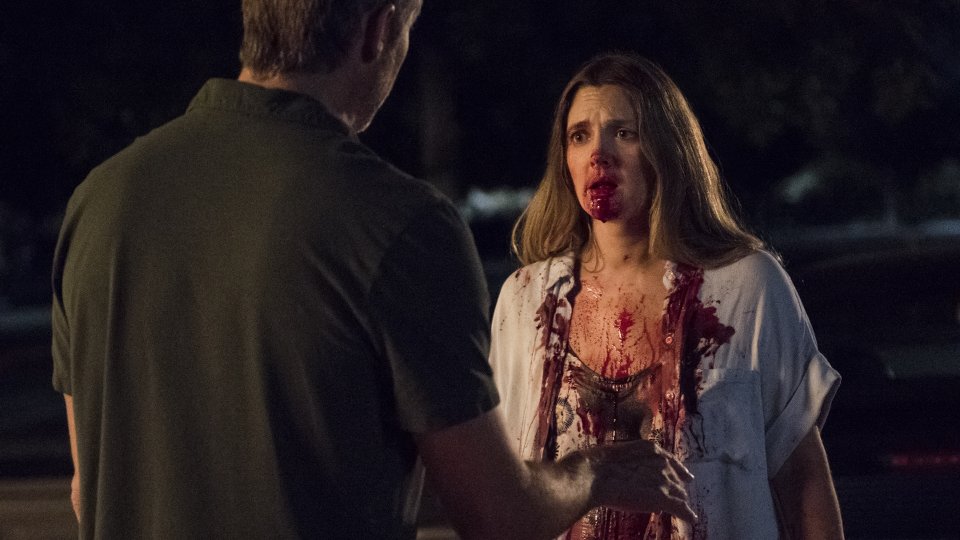 Starring Drew Barrymore and Timothy Olyphant, the series isn’t quite the straight-forward comedy/drama we thought it was going to be. It seems that Drew’s character Sheila Hammond is undead, a little detail that hadn’t been released before now.

“Sheila comes to life when she becomes undead. And I wish that without consequences, of course, everybody could experience that kind of liberation, that kind of strength, that kind of terminator vision, that tingly skin that’s like probably laid dormant in you for a while. And not just censoring yourself…what a fun way that is to live,” says Drew Barrymore.

“It’s like any kind of long-term relationship – if your partner goes through some changes and tries to strive for something new, it’s both unsettling and it feels a bit threatening, and you have to sort of take it in. But then you have to decide whether you’re gonna go along for the ride. It’s gonna force you to take a look at the way you see things, the way you operate, and are you willing also to take risks and try to meet the challenge,” reveals Timothy Olyphant

Santa Clarita Diet is available globally only on Netflix on 3rd February 2017. Check out the new images and posters in our gallery below: