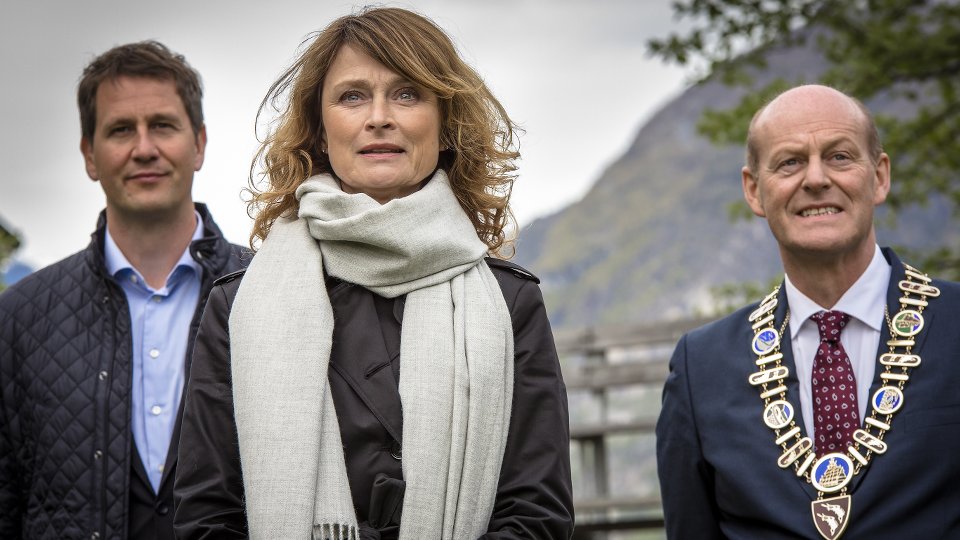 Kick off the New Year by binging on Walter Presents latest boxset Acquitted, which is coming to All 4 on Friday 13th January 2016.

The series is a mesmerising thriller, set in the tantalisingly beautiful Norwegian Fjords. Amongst the breath-taking aerials of cascading green mountain massif’s framing the rugged Western coastline, a dark and haunting secret grips a close-knit, small town community.

Successful business man, Aksel Borgen (played by Nicolai Cleve Broch), returns to his home town of Lifjord to save an ailing local firm from bankruptcy. Despite being acquitted for the murder of his high school sweetheart, Karine, 20 years ago, Aksel is still haunted by his past and his return opens old wounds for the villagers. When it first launched, the series became Norway’s biggest drama hit for broadcast TV2. Since then season 2 has beaten the previous record, gaining over 40% audience share at launch.

The complete box set series launches on All 4 on Friday 13th January 2017 and can be found at walterpresents.com. It is the first in a season of top-class Norwegian series that will be released on Walter Presents in 2017.

Other series coming up this year include Scandi blockbusters such as the Emmy Award-winning series Eyewitness (also starring Tobias Santelmann who
plays Aksel’s brother Erik in Acquitted), the multi-award winning smash hit Young & Promising and the eagerly anticipated Valkyrien.

In this article:Acquitted, All 4, Walter Presents