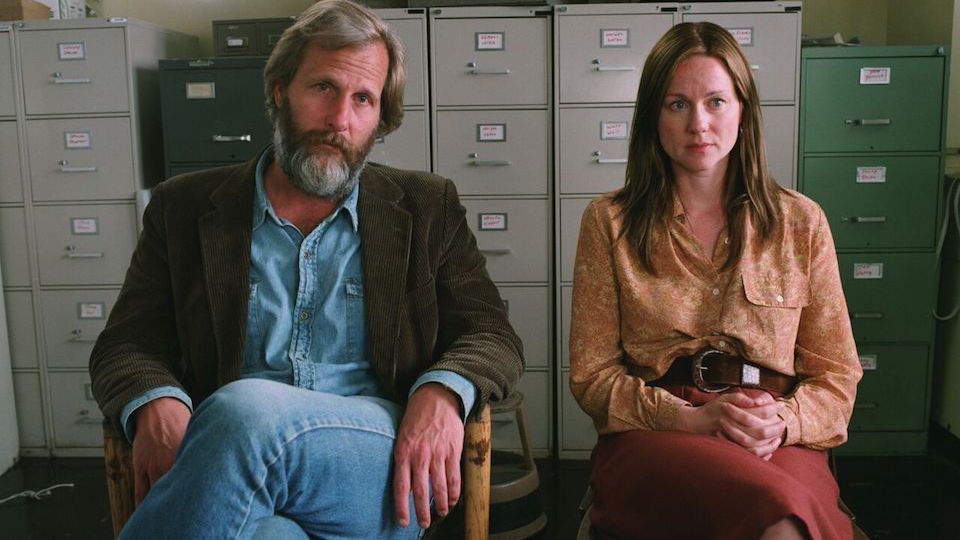 The Criterion Collection – The Squid and the Whale Blu-ray review

Noah Baumbach’s jet black, and razor sharp comedy about divorce, is an astonishingly difficult, yet extremely rewarding film to watch. An intimately observed tour-de-force of spite. Based on his own experiences of his parent’s divorce, The Squid and the Whale gives an unflinching portrayal of the disintegration of a marriage, and the trickle down effect it has on the two kids.

The opening scene, a doubles game of tennis, sets the tone perfectly. Bernard (Jeff Daniels) and Joan (Laura Linney) are on opposite sides of the court. The eldest son Walt (Jesse Eisenberg) is on his dad’s side, whilst the youngest son, Frank (Owen Kline) sides with his mother. The match is not friendly. Competitiveness, barely concealed nastiness, obvious needle and frustration, all being expressed in the wrong ways.

Jeff Daniels gives an astonishing performance as the pompous literary professor father. His opinions on literature are grotesquely arrogant. He considers Kafka to be one his predecessors. He was a big deal years ago, but hasn’t published anything new in a long time. In the meantime, Joan is coming into her own, and has had a story in The New Yorker. It might be her infidelity that wrecks the marriage, but you can bet it’s her success that bothers Bernard more.

Baumbach’s writing is stinging and incisive. The script is fantastic, and has such an understanding of the power plays inherent within a dissolving relationship. Seeing how the actions of the parents manifest in the behaviour of the kids feels incredibly true. Frank’s acting out. His drinking and masturbating at school. Walt sabotaging a relationship with a girl he likes, because of his father’s warped views on “being attached” and “playing the field.” This all comes from the richness of the text. As Bernard would say, it’s very dense. The characters feel real, their actions believable, and the relationships feel lived in, used up, squeezed and wrung out for all they’re worth.

Jesse Eisenberg, in his star-making role, emulating Jeff Daniels is terrific. The manner of speech, the same pompous attitudes, and opinions, and literary pretentions. He takes Bernard’s opinions on books and regurgitates them, whether he has read them or not, much in the same as he plagiarises the Pink Floyd song. When he refers to The Metamorphosis as Kafkaesque in order to sound clever like his dad, it is cringey and revealing in equal measure.

For it’s serious subject matter, the film is frequently hilarious. The cutaway to Bernard, Walt, and Walt’s girlfriend Sophie all watching Blue Velvet remains a high point. When they go for food afterwards and Bernard takes Sophie’s money at the restaurant it is a wonderful and hilarious character moment, and Walt’s reaction is priceless.

Narratively, the film hits a stumbling block in the final act, as there is no reconciliation or great romantic moment. Nothing is learned, nothing is changed, no one grows, relationships end, and life goes on. It is bleak, true, and brilliant. It remains Baumbach’s finest film.