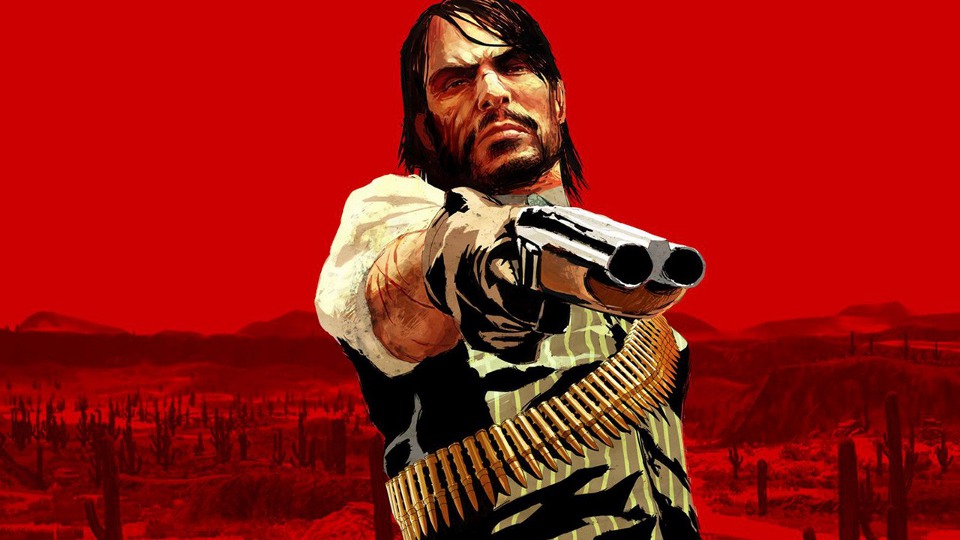 Thanks to Microsoft adding Backwards Compatibility for some Xbox 360 titles to Xbox One there are plenty of fantastic older games to choose from for the console.

Buying the latest Xbox One games can be expensive but if you shop around you can find some incredible deals on the backwards compatible games. These can also make fantastic stocking fillers or additional presents for that special gaming gift.

Below you’ll find our top 20 picks of Xbox 360 titles that are compatible with Xbox One. Some of these series have more than one title available. Stay tuned to EF for games gift guides for other consoles.

Age Rating: 16+
This psychological action thriller is still impressive today. Players take the role of Alan Wake, a best-selling suspense author with writer’s block. His wife mysteriously disappears and Alan must learn to use light against the nightmares of darkness.

Age Rating: 16+
The first two games of Ubisoft’s brilliant Assassin’s Creed series are still essential. Especially the second game which is still arguably the best in the series. Play as a master Assassin as you go up against the Templars.

Age Rating: 18+
There’s plenty of older Call of Duty games now available to play on Xbox One. If you’re a fan of the series and missed them first time around then consider picking them up. We’ve still got a soft spot for Call of Duty 2 which was a launch title on Xbox 360.

Age Rating: 16+
The first game in the Dark Souls series followed Demon’s Souls on PS3. Dark Souls is still regarded by many as the best of the Souls series. We’ve been playing for five years and still not beaten everything. Incredibly difficult but so very satisfying.

Age Rating: 16+
The second and third games from Peter Molyneux and Lionhead Studios had a massive fan following. The second is still the highlight of the series for us. Set in the land of Albion the actions players take will shape the world around them.

Age Rating: 18+
Fallout 4 may be available on Xbox One but there are plenty of reasons to go back and revist Fallout 3 and New Vegas. These are two huge games that will keep players busy for hours.

Age Rating: 18+
The Gears games are some of the best games not just on Xbox but on any format. Brutal combat, great level design and stunning environments. All the previous games are available via Backwards Compatibility and are currently also free with a purchase of Gears of War 4. Read our review of Gears of War: Judgment to see what we thought of the game.

Age Rating: 16+
Still one of the best Halo games, it tells the tragic story of the Spartans of Noble Team. The planet Reach is humanity’s last defense against the Covenant reaching Earth. The game features a brilliant campaign and multiplayer.

Age Rating: 16+
Halo went back to its roots as a Real Time Strategy game in Halo Wars. It’s a game that proved RTS games could work on console and it’s a perfect time to pick it up before Halo Wars 2 arrives next year.

Age Rating: 16+
With the third game now available on Xbox One it’s still worth going back to the first two games. Players take the role of Rico Rodriguez in huge open world environments that let you play your way.

Age Rating: 16+
One of our favourite collections of all time, The Orange Box from Valve contains Portal, Half-Life 2 plus Ep1&2 and Team Fortress 2. These are some of the most important games of all time and every gamer should own them.

Age Rating: 18+
One of the finest trilogy’s on Xbox allows players to step into the shoes of Commander Shepard. Your job is to lead the war again The Reapers. Your decisions shape the outcome of the games and progress carries over to the next one. It’s a great time to buy these if you’re new to the series before Mass Effect: Andromeda arrives next year.

Age Rating: 16+
Players take the role of a Runner called Faith who must use her parkour skills to transport sensitive data. It’s worth playing through this before moving onto the more recent Mirror’s Edge Catalyst.

Age Rating: 16+
Players join Team Rainbow where they must do battle with terrorists in Las Vegas. Great games to play with friends.

Age Rating: 18+
With Red Dead Redemption 2 recently announced now is the ideal time to go back and replay the previous game. Players take the role of John Marston who must track down a group of criminals he once called friends. Still regarded as one of the best games ever made.

Age Rating: 18+
The most insane of the Saints Row titles has you doing battle with aliens.

Age Rating: 18+
The most realistic skateboarding game around finally arrived on Backward Compatibility recently. Play as a Pro Skater and learn to skate with the fantastic Flickit control system.

Age Rating: 3+
Dont be fooled by the cutesy graphics as there’s deep strategy behind the gameplay. Create and manage a garden to attract the many Pinata species and then try to keep them happy and living in harmony. Great for all ages.

The Witcher 2: Assassins of Kings

Age Rating: 18+
A great choice for players who have only played the third Witcher game or those who are new to the series. Players take the role of Geralt of Rivia, a professional monster slayer known as a witcher.

Age Rating: 16+
Defend the world against alien invasion in these fantastic strategy titles.

To see the full list of Xbox 360 titles that work on Xbox One check out Microsoft’s Backward Compatibility page.

Let us know your favourite Xbox 360 games to play on Xbox One in the comments below.