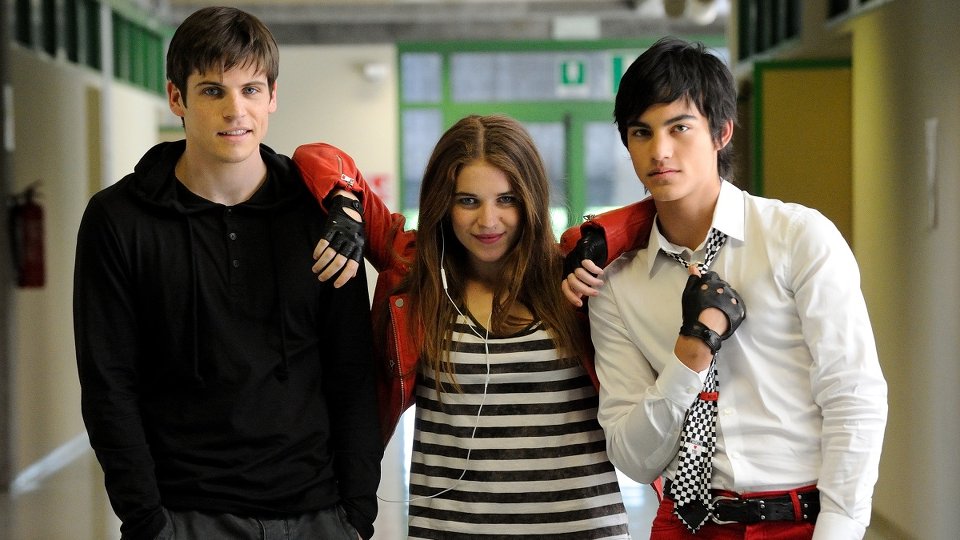 Lorenzo (Rimau Ritzberge Grillo) is settling in with a new foster family and believes himself to be a star in the making. On his first day at his new school, Lorenzo realises that fitting in isn’t going to be easy but he quickly connects with Blu (Valentina Romani), a fellow outsider who is ridiculed after her peers find out she had an orgy with her older boyfriend and his friends. As they grow closer they include shy basketball player Antonio (Leonardo Pazzagli) in their clique and the trio quickly grow close. Things start to get complicated when romantic feelings start to cause tensions among the friends, driving things to an unexpected conclusion.

One Kiss is a film that tackles important issues around teen sexuality and coming of age. Director Ivan Cotroneo, who wrote the screenplay with Monica Rametta, has crafted a story that is easily identifiable to anyone who felt different as a teenager. Each of the three central characters has their own secrets and burdens to work through, and they are all well rounded.

Lorenzo deals with the blows life has delivered him by living part-time in a fantasy world where Lady Gaga is his inspiration and his path to stardom feels obvious. Blu writes letters to her older self to deal with the every day issues she faces and to try and understand the shame she feels about her sexual activities with her boyfriend. Antonio can’t voice his anger at being labelled dumb by those around him and the death of his older brother has created a void in his life that he’s desperate to fill.

The three friends find a way to exist in a world where they are made to feel like outsiders but their quick and close bond causes issues. Lorenzo stars to develop feelings for Antonio who develops feelings for Blu. Things are a lot more complicated than they first appear with Antonio facing his own demons over his sexuality and Blu tightly holding on to the idea of her older boyfriend, which may not necessarily reflect who he really is.

The acting from the three leads is fantastic. They create a believable chemistry with one another and bounce off each other’s performances. There’s one particular scene where they put on an impromptu fashion show to Lady Gaga’s Born This Way that is superb and poignant.

Perhaps the one criticism is that the conclusion comes a little bit too quickly and while it catches you off guard, a little more development may have made it feel authentic. It’s shocking and leaves you reeling but you don’t feel the narrative arrived in the place it does with enough having propelled it to that place.

One Kiss is a bold movie that explores very important and relevant issues. It does so in a way that perfectly balances drama and comedy, adding much-needed lighter moments to the overall darker tone of the film. The final act will leave you feeling a lot of things and it made me think long and hard after the credits rolled. If there’s one thing you can take away from One Kiss, it’s that the importance of being able to live as your true and complete self is vital to get through life’s hard blows.