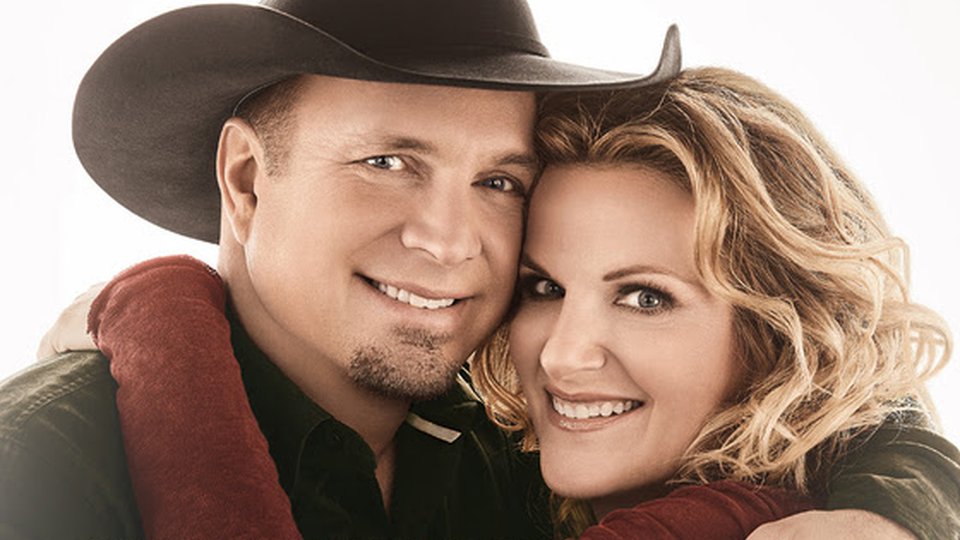 Garth Brooks and Trisha Yearwood are two of the biggest stars in Country music and their relationship dates back to the early 90s. They recorded the hit single Like We Never Had a Broken Heart in 1991 but it was a long time after that until they became a couple. After five years of dating, the couple became engaged in 2005 and by the end of that year they’d married. Now 11 years after their marriage, Brooks and Yearwood are releasing their first collaborative album Christmas Together.

I’m hesitant to call this a duets album because the two singers only sing together on three tracks – I’m Beginning to See the Light, Marshmallow World and Baby, It’s Cold Outside – with the other 8 tracks being solo moments. That revelation may be disappointing for some fans and to be honest it surprised me. After hearing Brooks and Yearwood deliver some serious chemistry on opening moment I’m Beginning to See the Light, I was looking forward to listening to them play off one another for the length of the record.

The solo moments are split between the two singers. Brooks impresses on the tongue-in-cheek original track Ugly Christmas Sweater while Yearwood delivers a vocal we’ve not heard from her before on the seductive Santa Baby. One of the best solo moments comes from Yearwood who embraces the big band feel of the classic The Man with the Bag.

Of the duets Baby, It’s Cold Outside was an obvious choice but it’s the lesser-known Marshmallow World, originally a hit for Bing Crosby, that is the stand out moment on the record. It’s a playful interpretation of the plucky number and Brooks and Yearwood work really well together.

Elsewhere on the album James Taylor features on closing track What I’m Thankful For (The Thanksgiving Song), which was written by Brooks and Yearwood, Brooks embraces the upbeat nature of the holidays on the sentimental Merry Christmas Means I Love You, and Yearwood delivers a classy take on What Are You Doing New Year’s Eve?

Christmas Together is a solid collection of festive songs but it’s likely not the album many fans were expecting. Alongside the lack of duets, the album is surprisingly short too so it breezes by in less than 30 minutes. I can’t help but feel that if they’d added a couple more duets, the album would have been more satisfying than it is. There are some great moments but most people will pick this up to hear the chemistry between the couple and that’s not something that’s able to shine through aside from on a handful of tracks.

In this article:Garth Brooks, Trisha Yearwood