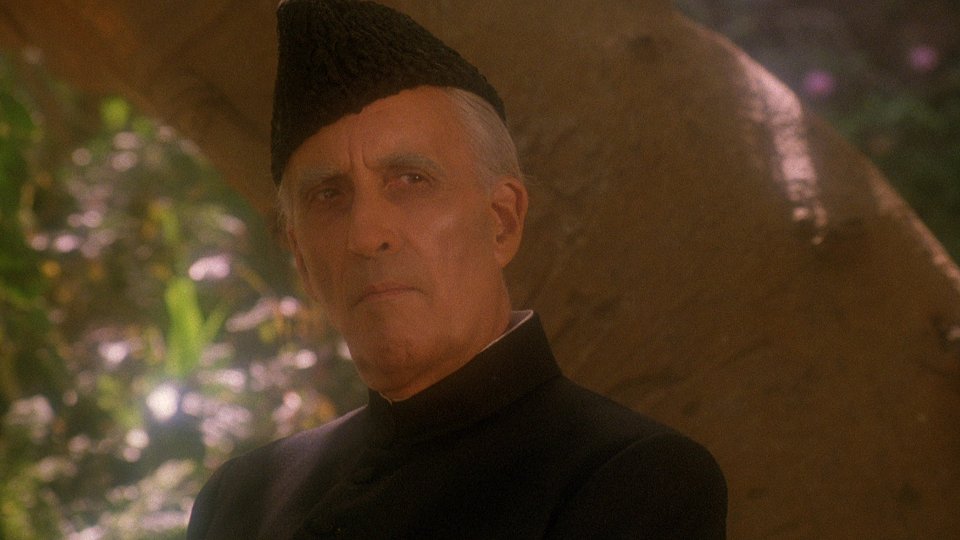 Eureka Entertainment to release Jinnah, the epic story of Muhammad Ali Jinnah, the founder of Pakistan, starring Christopher Lee, on Blu-ray for the first time in the UK in a Dual Format (Blu-ray & DVD) edition on 28 November 2016.

Jinnah is the epic biopic about the life of Muhammad Ali Jinnah, the man who founded the Muslim nation of Pakistan in the wake of Great Britain’s relinquishment of control over India.

After his death in 1948, Muhammad Ali Jinnah (Christopher Lee) awaits final judgement in the afterlife and must tell the story of his life, before celestial bureaucrats decide his fate. His story covers the intense political strife and bloody events that led to the formation of the Muslim nation of Pakistan.

Attracting much controversy during production, but released to great acclaim, particularly in Pakistan, Jamil Dehlavi’s Jinnah is an intelligent and moving piece of cinema, with a performance by Sir Christopher Lee that he personally believed to be the finest of his career.

To celebrate the release we have 3 copies to give away. All you need to do to be in with a chance of winning is answer one simple question below.

Advertisement. Scroll to continue reading.
In this article:Jinnah