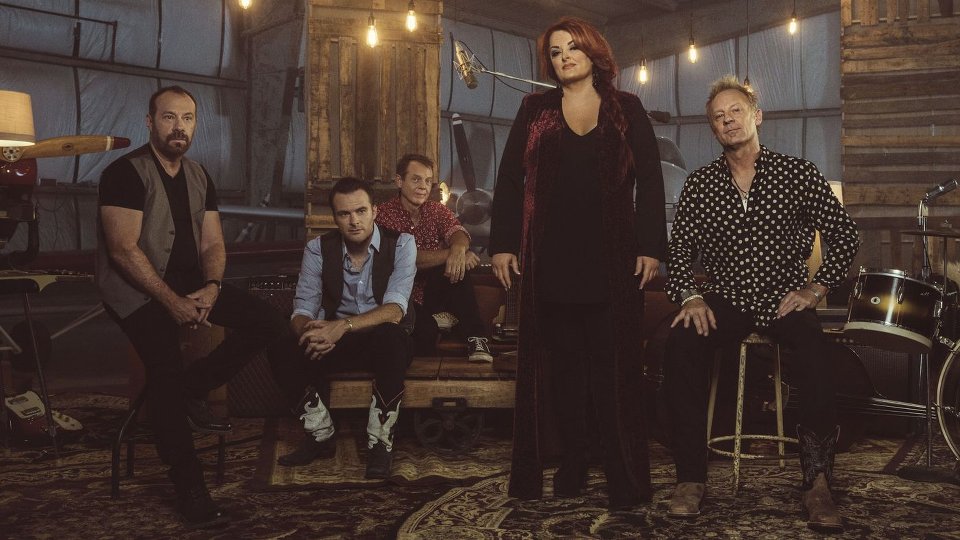 Wynonna Judd rose to fame as part of The Judds in the 80s with her sister Naomi in the 80s. After releasing 5 successful albums, the sisters parted ways and Wynonna launched her solo career in 1992 with the number one single She is His Only Need. Since then Wynonna has released 7 albums with varying degrees of success. She’s also embraced lots of different sounds keeping Country at the heart of what she does. Earlier this year Wynonna released her eighth studio album Wynonna & The Big Noise, which has recently received a release her in the UK.

Produced by Wynonna’s husband Cactus Moser, Wynonna & The Big Noise aims to create a collection of songs that don’t adhere to what’s popular now, instead staying true to Wynonna’s musical instincts. With the help of Cactus, Wynonna has crafted 12 songs that manage to combine all the different genres and sounds she’s explored over the course of her career to date. The album kicks off with Ain’t No Thing featuring Susan Tedeschi, which a is a raucous Country/rock moment brimming with attitude and confidence. It’s a bold start to a record rich on variety.

At the centre of everything is Wynonna’s remarkably distinctive voice. She has a big booming voice that can go from a fierce growl to a hushed whisper with relative ease. Regardless of the genre of music she’s inhabiting, Wynonna puts her mark all over it and her voice is the one consistent that threads this collection together.

Wynonna rides a deep and dirty groove on You Make My Heart Beat Too Fast, which features her husband, reflects on the bluesy Country of Jesus and a Jukebox, and delivers a message of hope on the gorgeous Every Ending (Is a New Beginning). Things come to a close on the bluesy Choose to Believe where Wynonna’s voice is paired with simple arrangements and a slow groove.

Wynonna & The Big Noise is an enjoyable record. It doesn’t particularly break any new ground for the singer but it’s a fine collection of songs that reminds you just what a force Wynonna is. Some listeners may find Wynonna’s voice a little like marmite over an entire album but if you love your singers husky and full-voiced, you’ll find plenty to enjoy here.

Track Listing: 1. Ain’t No Thing (featuring Susan Tedeschi) 2. Cool Ya 3. Things That I Lean On (featuring Jason Isbell) 4. You Make My Heart Beat Too Fast (featuring Cactus Moser) 5. Staying In Love 6. Keeps Me Alive (featuring Derek Trucks) 7. Jesus and a Jukebox 8. I Can See Everything (featuring Timothy B Schmit) 9. Something You Can’t Live Without 10. You Are So Beautiful 11. Every Ending (Is a New Beginning) 12. Choose to Believe Record Company: Curb Records Release Date: 12th February 2016

Advertisement. Scroll to continue reading.
In this article:Wynonna & The Big Noise