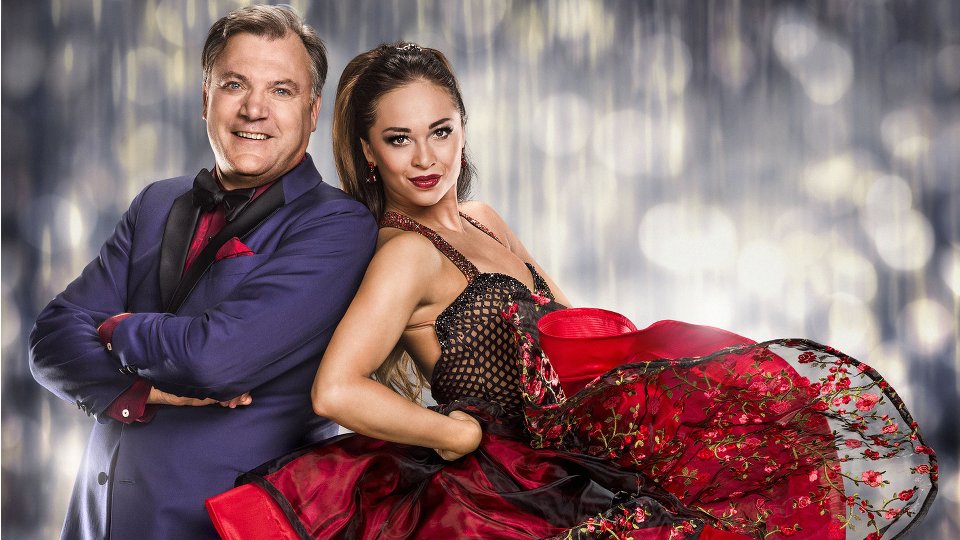 Strictly Come Dancing 2016 is just one week away from Blackpool and the 8 remaining couples had everything to dance for tonight.

Last weekend TV presenter Laura Whitmore and her partner Giovanni Pernice were eliminated from the competition after losing the dance-off to presenter Ore Oduba and his partner Joanne Clifton. With the exception of former politician Ed Balls, there are no weak dancers left in the competition and the race for the Glitterball trophy is the tightest it’s ever been.

Tonight the couples took to the ballroom once again to keep their place in the competition. Tess Daly and Claudia Winkleman were on hand to offer support while judges Craig Revel-Horwood, Darcey Bussell, Len Goodman and Bruno Tonioli served up the critique.

Found out how everyone got on by reading our recap…

Model Daisy Lowe bounced back last week after being in the bottom two. She’s far from ready to leave the competition and this week she was very excited to train for her Salsa. In her intro VT Daisy admitted that she really wanted to get to Blackpool next week. Did Daisy and her partner Aljaz do enough with their Salsa?

The dance: The routine felt a little too placed for a Salsa. I would expect to see Daisy really let go during the routine but I never felt that she did. It was a competent dance but not one of her best.

The comments: Len said that he was twitching and gyrating throughout Daisy’s performance. Bruno said that Daisy has it all but told her she lost her balance in the lifts. Craig said that Daisy’s footwork was haphazard and told her the routine was continually disjointed. Darcey said that Daisy caught the attitude and spirit of the Salsa.

Greg Rutherford had a stronger week last week after struggling for the past few weeks. During training Greg had difficulty getting to grips with his Paso Doble but his partner Natalie Lowe praised how hard he was working. Greg admitted he found the week intense. Was it a perfect Paso Doble?

The dance: The determination was all over Greg’s face but I think he overplayed the dance. His facial expressions were a little over the top and his placement is still very stuff. I’m not sure his footwork was great either.

The comments: Bruno said that Greg was strong and virile telling him he was leaping around like a stag. Craig said that the routine had a sense of panic, which resulted in him being a bit stiff. Darcey said that sometimes Greg gives too much but told him he has natural performer in him. Len said there was plenty of attack but told Greg he lost finesse in his technique.

Judge Rinder’s grandparents were in the audience tonight to cheer him on. He’s been doing well in the competition this year and tonight he was tackling the Foxtrot. Oksana Platero spent time trying to teach Judge Rinder how to lead and it looked like it was a challenging week. Did Judge Rinder make his grandparents proud?

The dance: Judge Rinder’s grandparents loved the routine. I didn’t think it was his strongest. He is improving every week and he’s taking on Craig’s advice about his facial expressions. It was a solid effort.

Presenter Ore Oduba had a bad week last week when he ended up in the bottom two. I thought his Salsa was really strong but it seems that the public at home didn’t agree. Thankfully Ore made it through and tonight he was dancing the Rumba with his partner Joanne Clifton. Ore admitted this was the biggest challenge he’s had in the competition yet. Did Ore make a comeback?

The dance: Ore did a stunning performance tonight and there’s no way he should be in the bottom two after that. The Rumba is notoriously difficult for the male dancers but Ore did a fantastic job.

The comments: Darcey said there was a lot of tender, romantic feeling between Ore and Joanne. Len said he was impressed by Ore’s timing, which he said was difficult to achieve because the music was led by piano rather than a beat. Bruno told Ore that the performance was beautiful. Craig said he thought Ore hit the dance too hard but told him it was expressive.

Craig finally admitted last week that Ed Balls was improving in terms of his dancing. There’s never been any doubt about Ed’s commitment to the show and tonight he’s dancing the Salsa with his partner Katya Jones. It promised to have a Gangnam Style theme but was it any good?

The dance: What a performance. The lifts that Katya choreographed were daring and Ed was definitely game. Hilarious, entertaining and actually Ed’s dancing was pretty great. I loved it!

The comments: Len said there weren’t words in the dictionary to describe the routine but told Ed that he loved the anticipation every week. Bruno said it was the best worst dance he’d ever seen. Craig simply said OMG. Darcey said that the performance will go down in Strictly history.

Over the past few weeks Claudia Fragapane has really started to shine in the competition. During training Claudia admitted that her gymnastics training was hampering her progress but she vowed to push through it. Tonight Claudia danced the Viennese Waltz with her partner AJ Pritchard.

The dance: A beautiful routine and a lovely performance from Claudia tonight. She seems much more comfortable in Ballroom and I think she pulled off a gorgeous performance.

Actor Danny Mac is the first of the male celebs to take on the Argentine Tango. Last week Danny wowed with his Jive and he told Oti Mabuse he had too much fun with the performance. During training there were a few issues but Danny said he thought they had the potential to deliver a fantastic routine. Did they wow?

The dance: That was a fast and furious Argentine Tango from Danny and Oti. One of the lifts looked a bit dicey but other than that I think they pulled it off. A very difficult routine but Danny did really well.

The comments: Craig reeled off a list of criticisms but told Danny it was incredible. Darcey said that it was frantic and busy, and a little too aggressive for her. Len said he normally likes small, intimate Argentine Tango’s but told Danny that the clarity and precision swept him away. Bruno said it was a killer Argentine Tango.

Louise Redknapp and her partner Kevin Clifton had an amazing week last week. Still on a high from her leaderboard topping performance, Louise had to get to grips with the American Smooth Foxtrot. Louise admitted that the pressure was on this week and admitted she needed to fight for her place in Blackpool. Did she do enough?

The dance: Louise beamed in the ballroom this week and that was one of her best performances yet. She threw herself into it and it was the step up I’ve been waiting for.

The comments: Darcey said it was the perfect part for Louise and told Kevin he had done a ‘heaven of a routine’. Len said he was a big fan of Louise and predicted a big score for her. Bruno said it was Louise’s leading lady diva moment and he told her she had a lot to offer. Craig said his cork was well and truly popping and he told Louise he loved her musicality.