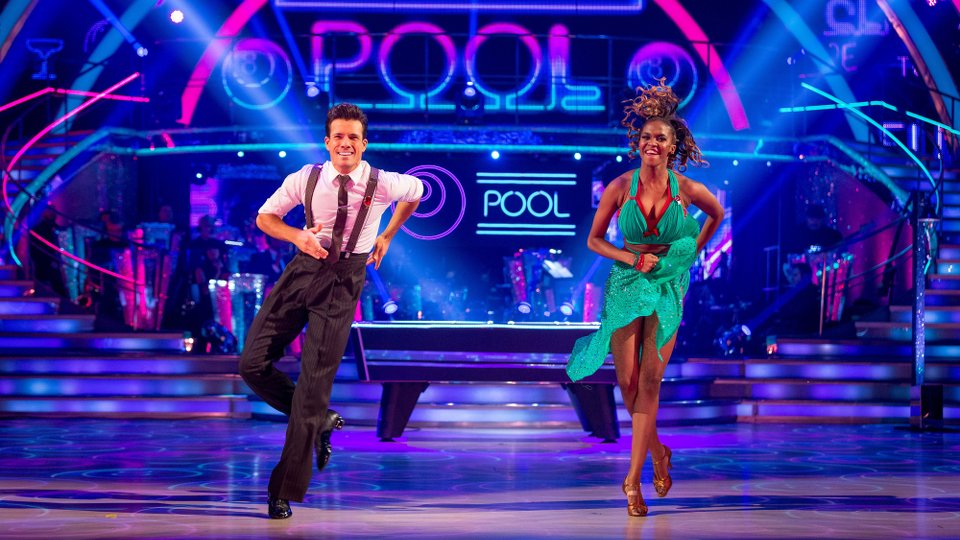 This year’s series of Strictly Come Dancing is so tight that anyone could go home and anyone could win at this point in the series.

All of the celebrities are improving week after week and the top of the leaderboard seems to change every single week. Louise Redknapp wowed with a stunning Argentine Tango and Danny Mac and Ore Oduba both came back fighting after disappointing during Halloween.

I’ve selected my 5 favourite dances from last night’s show. As always I don’t necessarily take into account the scores and comments from the judges.

Lots of people are calling for Ed to be eliminated from the show but I like him. The whole point of Strictly is letting celebs with no dance experience learn to dance and Ed gets better every week. Is he the best dancer? No he’s not but he’s trying really damn hard.

Ore Oduba came back fighting after a disappointing performance last week and he smashed it. He has such natural rhythm and that really shone through during his Salsa. Surely he’s on his way back up now?

Like Ore, Danny Mac impressed last night and his Jive was so natural and effortless. His partnership with Oti is incredible and his confidence was really apparent last night.

Claudia is emerging as the dark horse of this year’s competition. She’s quietly crept up the leaderboard and she’s one of the most improved dancers on the series. The Paso Doble really suited her!

No one came close to Louise last night and she really needed to wow to stay in the competition. Kevin has been pushing her more and more, and Louise’s improvement is really clear. This was her best dance.

Strictly Come Dancing 2016 continues at 7.15pm tonight on BBC One.