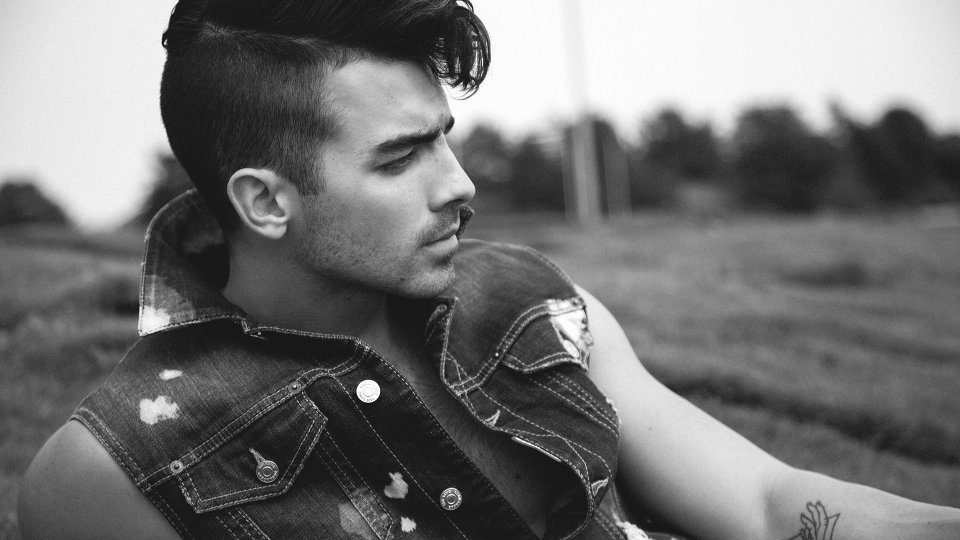 DNCE frontman Joe Jonas is revealing all in the latest issue of Notion Magazine.

The singer poses for a variety of saucy photos including one very sexy one where he’s wet in a shower showing off his mighty fine physique in a barely-there soaked white vest.

On the difference between the Jonas Brothers and DNCE, Joe says, “I was younger, a lot younger, when I did the Jonas Brothers. Now being older, there’s new experiences that I get to have, or just as an adult, like touring and travelling… you go out for a few drinks after the show. That’s just so different already than what I am used to; getting on the tour bus and going to bed or watching a movie. It was all exciting and good but these experiences now, on my own, on the road, it’s really great.”

“I would use my address to log into the websites, and I did this for seven days straight. A month later – and by the way, my dad was a pastor at the time – for a week or two straight there was a postcard with a naked woman on it saying ‘Come join us again Joe’ or ‘We really miss you’ or ‘You naughty boy, come visit us again’”.

Joe also goes on to explain the impact Cake By The Ocean‘s success has had in terms of freeing him from his Disney roots.

DNCE’s new single Body Moves is out now and their self-titled debut album will be released on 18th November 2016.

In this article:DNCE, Joe Jonas