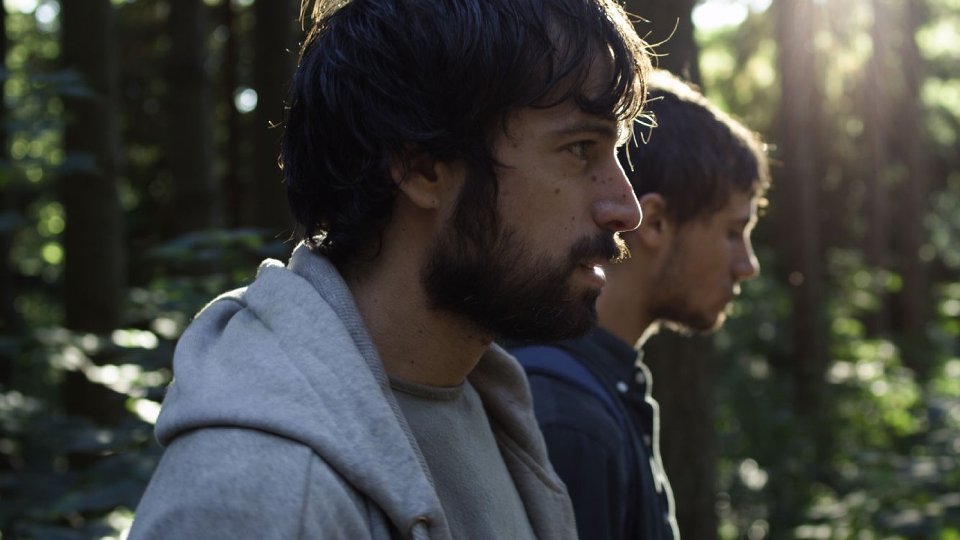 The Ways of Man is a modern retelling of the final days of Judas (Marc Garcia Cote). The story takes place after Judas has betrayed his best friend as he wanders through a forest trying to reconcile his guilt. On his journey he meets a mysterious young man (Oriol Pla) and the two form a quick bond as the stranger tries to help Judas come to terms with his feelings and deal with his actions.

Directed by Gemma Ferrate, The Ways of Man aims to be some kind of artistic portrayal of Judas interweaving homoeroticism with beautiful visuals. The film features very little in the way of narrative, story or dialogue leaving much to the imagination and interpretation of the viewer. Things start off intriguingly enough but for a relatively short film at around 70 minutes, The Ways of Man soon starts to feel very long and dare I say it boring.

The lack of any real direction or point is one of the biggest problems of the film. It thinks it’s delivering some kind of profound moment of cinematic art but actually it’s just showing two good looking men wandering round a forest aimlessly using the story of Jesus and Judas as a slight reference to hold on to. It doesn’t particularly develop the characters, you don’t feel connected or invested in any of them, and by the time the credits roll you’re none the wiser as to why you watched the film.

It’s near impossible to critique the acting, as there’s hardly any to witness unless wandering aimlessly is a particular skill to grasp. What can be commented on is how the film looks visually and that’s easily the best thing about it. The cinematography is captivating in places and it’s certainly a beautiful film to look at. Unfortunately there’s not much else of note to say.

The Ways of Man is a meandering slog that doesn’t really deliver anything satisfying by the time its conclusion arrives. If you prefer you cinema a little avant garde then you may find something to enjoy but for me it was a pointless way to spend 70 minutes and I wish I could get them back.

In this article:The Ways of Man, TLA Releasing