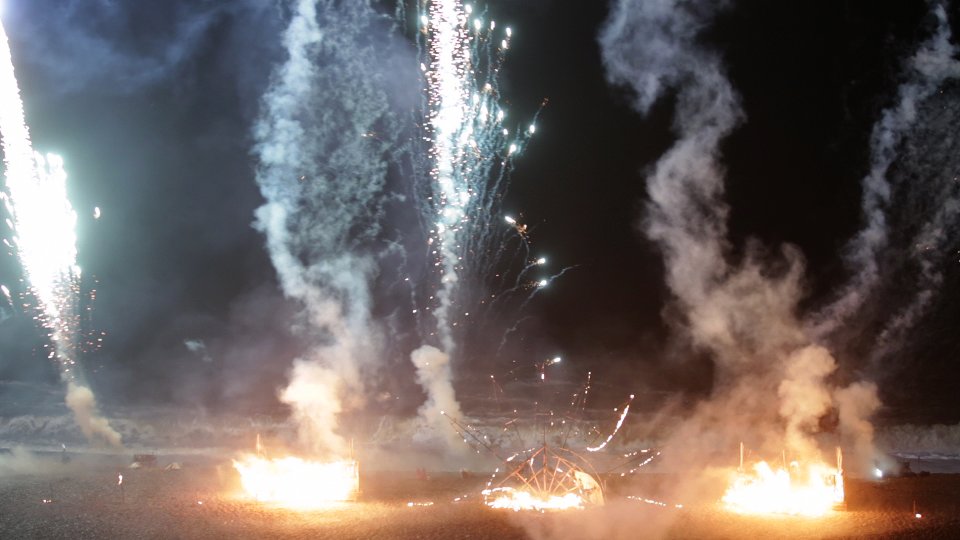 Credit: Brighton: Symphony of a City

On Friday night (7th October 2016), the Attenborough Centre opened for its inaugural event. The venue, located on the University of Sussex campus, has had a complete overhaul and recently released its Autumnal programme. It included a diverse range of theatre, music and dance. I was excited to read that the plan is to bring together Arts communities both nationally and internationally to perform and display at this idyllic spot, nestled in South Downs. In fact, it’s only few miles from Brighton, a city which has a reputation for supporting the Arts whether it’s the Brighton Fringe or the Festival. This will be a welcome stop for visitors and residents.

Inside the venue, it felt like the bubble wrap had just been removed from the furniture. The café bar was stylish with furniture reminiscent of 1970’s Ercol in muted colours, and with lots of space to wait before the performance. It also feels very modern; particularly in the 350-seater auditorium.

The stage was set for the orchestra and film to be shown for Brighton: Symphony of a City. It was billed as a portrait in music and images and inspired by the 1927 silent film, Berlin: Symphony of a Metropolis, directed by Walter Ruttman. I am a huge fan of Brighton, and have lived between here and London for most of my life, so I was really looking forward to see an artistic eye cast on the city.

Amongst the reasons I love living in Brighton are because it’s the only Green Party seat in England; it has a (deserved) reputation as a party town, ever since the Prince Regent built his palace here in the Eighteenth century and it is a place that is full of Artists – the city’s event calendar is testament to that. But, it is also a place where people live, not just visit, and this was the story that Brighton: Symphony of a City sought to tell.

The film, less about the events and festivals that mark its annual calendar, was more a celebration of Brighton people, their lives, preoccupations and culture, from present day and throughout the Twentieth century. The film had a live score performed by Orchestra of Sound and Light. The opening scene was an empty beach, and a view of daring swimmers taking to the cold waves, tentatively at first, and then with gusto. As the strings section played and the scene moved to views of the sea I was reminded of why the streets and beaches are packed with visitors every summer. The city is a beautiful place, historic and culturally vibrant. The pier, the coast and the sea reappear and repeat as a motif throughout the film; whether it’s surfers or epic drone shots. As the music rose and fell, so too did the pace and focus of the film. The familiar coastline was transformed through editing in archival footage. It effectively mixed the new with old; in one section protestors walked the coastal road, their banners held high in support of the Soviet Union and this clip was filmed in 1938. It was seen side-by-side with recent demonstrations held on the beach for Gaza.

There was some amateur footage of Brighton Pride, which was charming because of its style; it is exactly the perspective I have had as a supporter of the parade. The film revealed the Bohemian, eccentric and Queer side of Brighton, but it didn’t stop there. In many cities there are those residents who are homeless. I think it’s quite a difficult part of a city to capture, but one which is a constant in some Brighton streets. The scenes of a man, sitting on the pavement, with this arm outstretched and palm open, were hard to watch. The accompanying music reflected the intensity of the situation.

There wasn’t just one story to be told in the film and it hovered only for a few minutes on each subject. My favourite sections were of the fisherman, hauling in the nets and these were interspersed with the baking of bread and kneading of dough in an industrial bakery. There was a kindness and a simplicity to it which felt meaningful. There were many simple pleasures celebrated, including the daily tasks of tradespeople and the joy of dunking your friends in the sea. The music, especially during scenes of celebration, was wonderful. As the film drew to a close the orchestra chimed in time with a firework display and shots from the annual Burning the Clocks, a lantern-lit procession, and closed what was a thoughtful and dedicated portrayal of Brighton.

In this article:Brighton: Symphony of a City