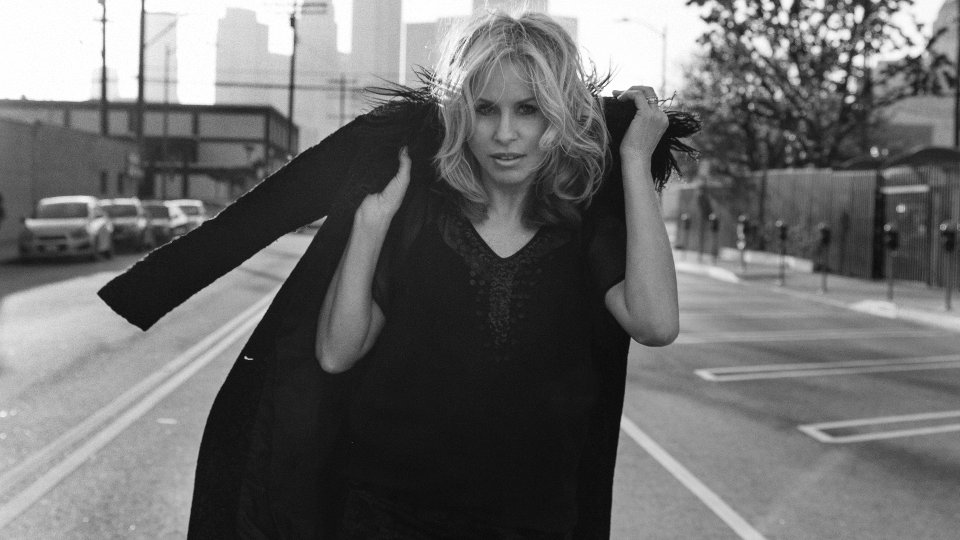 Vonda Shepard has been recording and releasing music since the late 80s but it wasn’t until she got involved with Ally McBeal in the late 90s that she achieved global stardom.

Supplying the soundtrack for the show’s five seasons, Vonda was also part of the cast appearing as herself and singing songs in the bar the characters frequented. Since the show ended Vonda has released several albums, including her 2015 release Rookie, and toured the globe with her live show.

I caught up with Vonda as she kicks off her UK tour to discuss what fans can expect from the tour, talk about the plans she has for new music, and to find out if she would be up for an Ally McBeal reunion.

Hi Vonda. How are you today and where does this Q&A find you?

Hello! I’m in London, about to drive to Southampton for a show tomorrow. I’m well, thank you! We played London last night, to an incredible audience.

Your UK tour is currently underway. What can your fans expect from these shows?

Well, the band is incredible, I must say. We’re doing a very dynamic show, with some deep, heartfelt songs, as well as some really upbeat, soulful tunes. I’m really mixing up the setlist this year — we’re doing songs from Rookie, my new album, as well as songs from By 7:30, It’s Good, Eve (which just came out on vinyl yesterday for the 20th Anniversary for the album!! You can only get it on my website or at the show, fyi) and of course some favourite Ally songs, like Walk Away, Renée, Searchin’ My Soul, etc. It’s a really fun show for us!

You’ve toured in the UK a fair amount during your career. What do you like about UK audiences and what keeps you coming back?

The UK audiences really seem to connect with my shows and music, so it’s very gratifying to keep coming back here. There are so many countries to visit, and unfortunately I can’t get to all of them, but I really enjoy being here and I’m grateful that people show up at the gigs. The audiences are really incredible here!

Do you have a song, or a few songs, that you always love performing live? If so which ones and why?

These favourite songs go in waves… I played Another January at every show for the last 8 years, but now I am doing more of the new album. The Sunset Marquis is one I never tire of playing. It’s really important to be emotionally into the song and not just be going through the motions, so I really try to keep it fresh and interesting for myself, as well as the audience. I’ll always play Maryland. That song has a lot of significance for me and sums up a lot of what I’m still going through.

Your latest album Rookie was released in 2015. What’s the reception been like to the record and has it achieved what you hoped it would?

The reception has been wonderful. This album took me several years to write, as I don’t want to just throw an album out there for the sake of having something new. I have to love the album and really feel like I put 100% into the songwriting. This album will be more of a “word of mouth” album. When I play the songs live, people seem to really react, so I believe Rookie will have a long life.

Have you started thinking about your next album yet and do you know what that might sound like?

I’m considering doing another solo piano album of original material. Either that, or a full out soul record (or both!). I’m not sure… you have to let the music and inspiration dictate the kind of album. I haven’t been writing much lately, but I have about 3 songs I’m working on and more ideas floating around.

You and your music were integral to the success of Ally McBeal. Did you have any idea when you signed on to the show, just how huge it would be?

I had no idea… the entire process was so casual. I was friends with David Kelley, and he asked me to do a couple of songs in his new show. He had heard the album It’s Good, Eve and felt those songs really resonated with the character Ally. Each week, I got asked to record more songs, including the theme song… then I was asked to be in the show. And finally, I got a contract to sign. After the Golden Globes that first year, the show exploded and we realised we had an exciting time ahead of us!

There’s a trend for bringing shows back at the moment. Would you ever be open to an Ally McBeal revival?

Yes, I would!! The 20th Anniversary of Ally beginning in next year… we’ll see what David K. has in mind… : )

What would you say is the biggest thing you’ve learned about yourself over your career to date?

Wow — that’s a conversation for a snowy night by a fire. I suppose, for now, I’ll say that I’ve learned that I have a tremendous amount of stamina. It’s not always easy, but I think I draw upon a deep well. It’s great to know what we’re capable of. I have also learned that I must continue to learn…

I have some shows in San Francisco, and I’m always doing private shows — those really help “keep the lights on”. I will get to writing after this tour and will go home and start cooking again! I keep saying I’m going to put out a cookbook — maybe that’s next! I’ll plant some more kale and swiss chard, be with my family… oh, and write a novel. Haha. : )

Vonda’s album Rookie is available now and she’s currently touring the UK. For more information and dates head over to www.vondashepard.com. Watch the music video for Need Your Love: