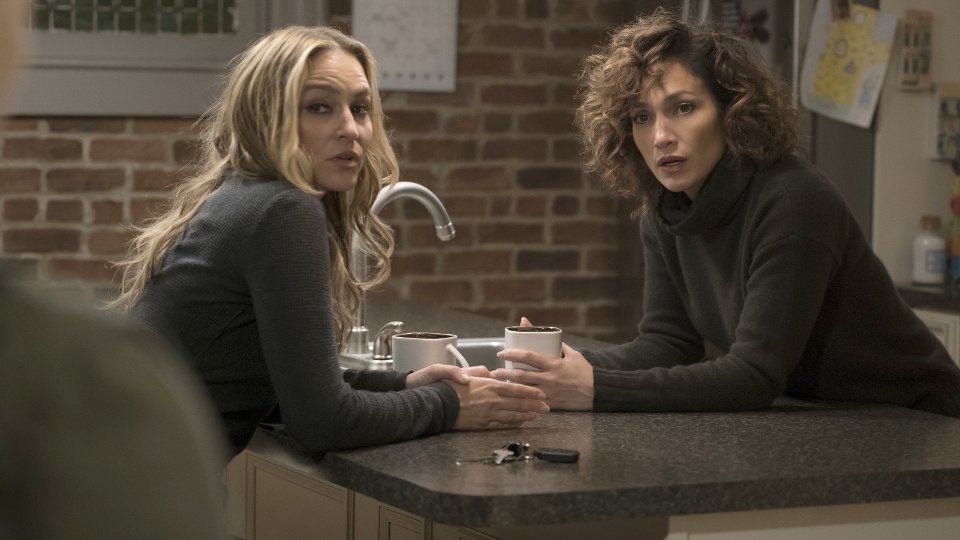 Harlee (Jennifer Lopez) was less than pleased to find that her abusive ex Miguel (Antonio Jaramillo) was back on the streets in the latest episode of Shades of Blue.

Spotting him near her place of work, Harlee tried to follow him and confronted Stahl (Warren Kole) about his release. Miguel headed straight to see Cristina (Sarah Jeffery) and caught Harlee in a lie by phoning her while Cristina could hear.

Elsewhere Harlee continued to play ball with Stahl and let him in on Wozniak’s (Ray Liotta) latest shady deal. During their conversation the two kissed and Harlee didn’t break it off. Is she falling for him or playing a dangerous game?

Meanwhile the team had to deal with a marine vet who was suspected of murder.

The next episode of the season is The Breach. On the day of the heist, Harlee realises she misplaced her trust in Stahl but it’s too late to back down.