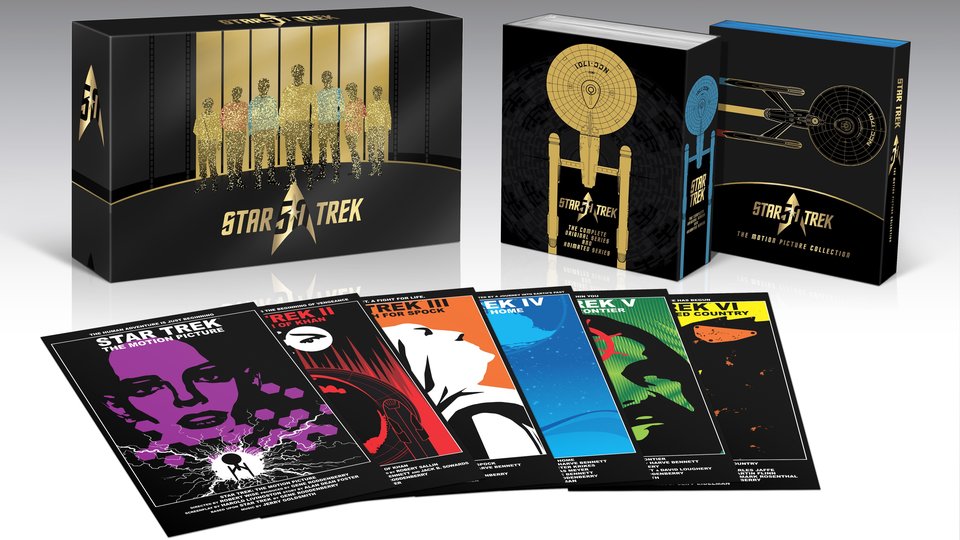 To celebrate the release of the Star Trek 50th Anniversary TV and Movie Collection on Blu-ray, we have teamed up with Pyramid International to offer 5 lucky winners the chance to win a special officially licensed commemorative print, one of which will also win a copy of the Star Trek box-set!

The print depicts the original members of the cast and the classic version of the Starship Enterprise. The piece is sure to be exciting for any Star Trek fans. As well as posters, Pyramid also offers licensed mugs & travel mugs, keyrings, canvas prints, notebooks, wooden prints and a host of other products for some of the biggest comic, film and sci-fi brands in the world including Star Wars, DC Comics, Doctor Who and Marvel. Available at www.pyramidshop.com.

The Star Trek 50th Anniversary TV and Movie Collection is out now on Blu-ray, the most comprehensive Star Trek collection ever offered this box set includes 30 Blu-ray discs featuring every feature film and television made with the original crew. Plus a brand new, multi-part documentary with nearly 2 hours of new footage, chronicling the franchise’s amazing 50-year journey.

For the chance to win, simply answer the question below. First prize is a copy of the Star Trek 50th Anniversary TV and Movie Collection boxset and a Star Trek print by Pyramid. 4 runners-up each get a print.