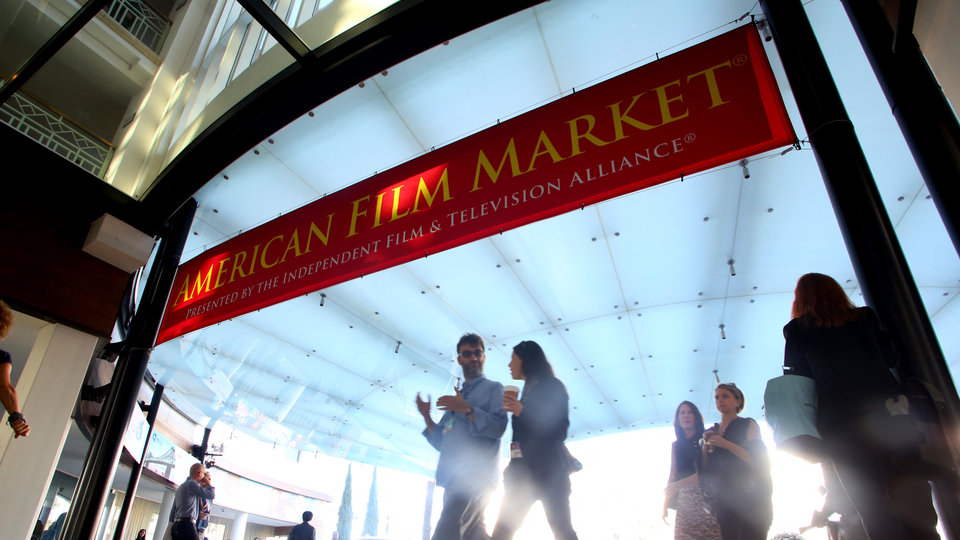 The American Film Market have released a series of business tips to young filmmakers.

It’s never been easier to shoot your movie. Rapid advances in technology have made low-cost filming options more accessible than ever before. If you have an idea, the ability to bring it to life is at your fingertips – indeed, we’ve already seen features shot on mobile phones secure theatrical release. But with so many budding filmmakers at work, the true challenge now lies in rising to the top of a crowded and competitive field, and ensuring that the finished film finds its audience.

Creativity comes as second-nature to most filmmakers, but the simple unromantic truth is that a keenly analytical business mind can prove the difference between those who make it and those who don’t.

Filmmaking is so much more than pointing a camera and yelling ‘action!’, and those who can master the dark arts of pitching, negotiating, financing, publicizing, and marketing stand the best possible chance of success in this rough-and-tumble industry. And nowhere are these skills more evident than at The American Film Market.

The annual event brings together the great and the good of international filmmaking for one week of non-stop networking, learning, and deal-making; with elevator pitches heard round every corner and industry players shaking hands on $1 billion worth of deals each year.

Held between November 2nd and 9th in sunny Santa Monica, there’s still time for up-and-coming filmmakers to secure their spot at the event, and take advantage of all it has to offer. But in the meantime, you can prepare with our round-up of the key Business Lessons for Young Filmmakers.

1. It starts with an idea

First films almost always start as passion projects – where financial gain is a secondary motive and purity of vision is valued above all else. So many of today’s most highly regarded filmmakers started their careers with a single, meaningful idea.

Take inspiration from the films you love, the books you read, and take a look at what is going on in the world today to establish your vision and bring your story to life on screen.

2. Genre movies are a good way to make bank!

So what if your idea is a little ‘out-there’!? It’s not always the most obvious choices that gain traction with cinema-goers. When evaluating the financial details of 3,000 independent films from The Numbers’ financial database including North American and international box office, the American Film Market found that horror films feature prominently on the list of top low-budget breakout successes, alongside those from the rarely feted “faith-based” market.

Don’t shrug off your idea just because it’s appears a little niche – having a very clear idea of your audience, and being able to appeal to their wants, is the key factor in making a financially successful film.

3. A good script trumps everything

As the old adage goes, you can make a bad film from a good script, but you can’t make a good one from a stinker. Invest time in your writing, or invest money in your writers.

Arguably, the most time spent on your project should be in this stage of development, nailing those plot twists and getting the dialogue just right. When the idea is leaping off the page with wit and verve, it finally becomes ready to shoot. Here are three tips to help you get it right:

a. Focus on one genre – Screenplays should ideally fit into a particular definable genre, because genre translates to audience and budget (and therefore, to a payday for you).
b. Emphasize story development – To learn how to write a screenplay, it is better to develop fifty pitches than to write one script.
c. Get feedback early and often – It is better to get feedback at least ten times on your pitch before you write the script than to get ten reads on your script.

Getting your film financed is the ‘Dragons Den’ moment for all filmmakers, where countless unsuspecting candidates have buckled under the pressure when asked for specifics on their ROI and business plans. Expect difficult questions and make sure you know how to answer them. Go into your meeting armed with examples – research tax incentives and costings and wow them with facts, figures, and statistics. For film financiers, few things are more reassuring than a well-prepared candidate.

The key to any deal. How do you persuade all those powerful people that your work is worth their time and energy? That it is more likely to make them money, and fulfil their creative passions than the scores of other scripts and book proposals they already have to clogging up their in-trays? Each year the American Film Market holds a Pitching Conference with industry professionals to help filmmakers in a high-stakes situation – here’s what they found:

a. Lead with the genre.
b. Do not talk about who has been attached, was considering, or has been interested in the project.
c. Do not refer to more than three characters by name.
d. Adapt to patterns of feedback.

Look for good actors, not big stars, and – just as crucially – do the same with all of the technical crew on a film. Finding a good editor, cinematographer, production designer and other key members of the crew are more important for a low-budget film than blowing a big chunk of your budget on a famous (or, just as likely, previously-famous) actor or actress. There are people out there who might lack instant name-recognition with the public, but who have played unsung roles in the making of scores of first-rate films.

Take Affonso Goncalves…. He edited list members Beasts of the Southern Wild, Winter’s Bone, and 2016 Oscar nominee Carol. He could be your lucky charm too.

It doesn’t end when your film wraps. Marketing and PR is what gets audiences buying tickets, so plan for this. Shared content on social media is the fastest growing and perhaps most influential media force today, so when thinking about how to market your film, ensure your tactics pay close attention to digital-friendly methods. As a 21st Century media maker you’re already half way there – so think about transmedia platforms, experiential marketing, visual call-to-actions, and a strong website to boost your film in its final stages.

The American Film Market will take place in Santa Monica from 2nd – 9th November, 2016. For a full list of filmmaker resources, visit the AFM Website: http://americanfilmmarket.com/producer-resources/