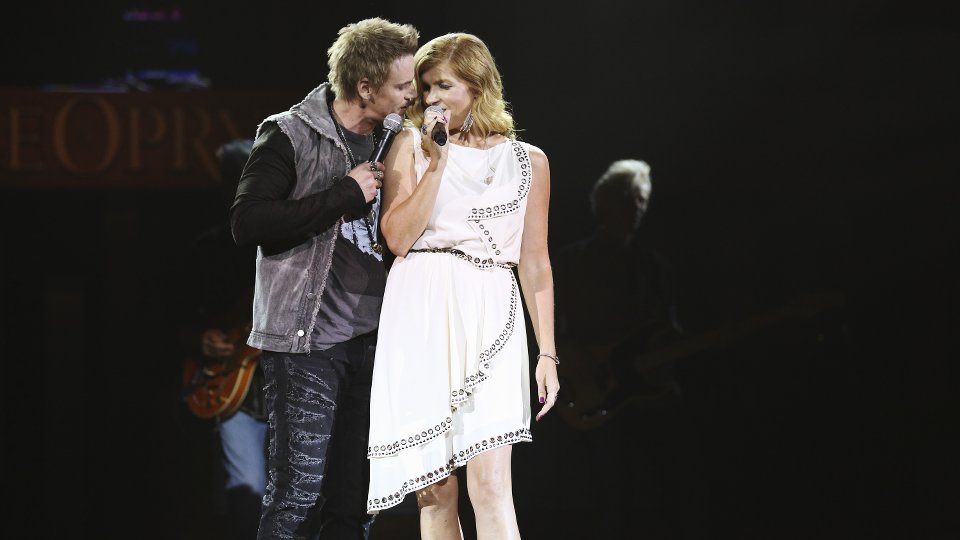 Scarlett (Clare Bowen) was forced to make a very difficult decision when her mother Beverly (Dana Wheeler-Nicholson) was diagnosed as brain dead on the latest episode of Nashville.

Deacon (Charles Esten) didn’t react to the news well, feeling guilty that it was his fault that Beverly was in the situation she was in, and he pressured Scarlett to keep her on life support. Scarlett asked the doctors to test if Beverly could breathe on her own. After confiding in Gunnar (Sam Palladio), Scarlett decided to take her mother off life support.

Meanwhile Will (Chris Carmack) continued to struggle with life after coming out, Rayna (Connie Britton) took Daphne (Maisy Stella) to see Teddy (Eric Close) in prison and he admitted he was guilty, Avery (Jonathan Jackson) contemplated divorcing Juliette (Hayden Panettiere) and Juliette continued to spiral into drink and drugs to avoid her problems.

The next episode of the season is The Slender Threads That Bind Us Here. Rock star Marcus Keen makes demands on Rayna as she struggles to tend to those around her. Layla and Jeff get into a lover’s quarrel and Jeff arranges for a journalist to shadow Juliette on tour.