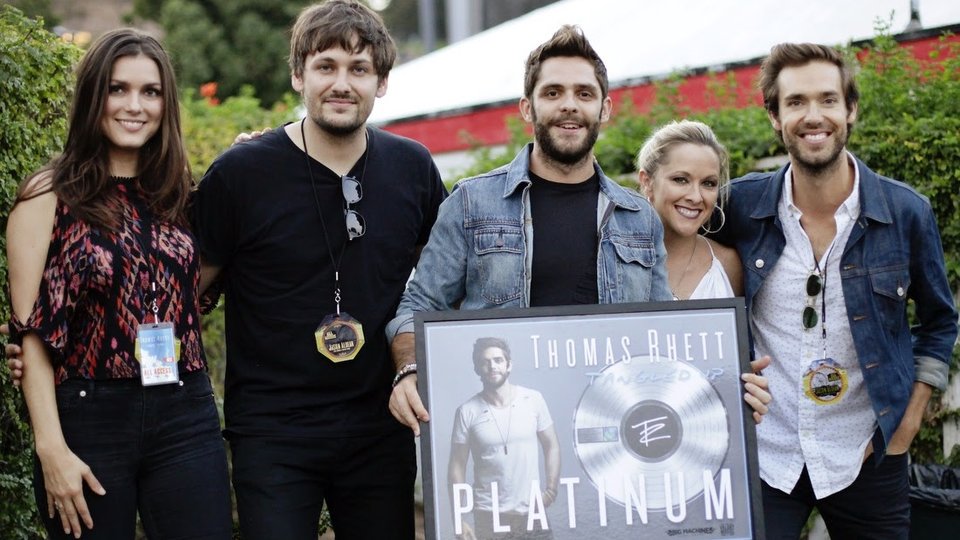 Thomas Rhett’s sophomore album Tangled Up has been certified platinum by the RIAA.

Before his support slot on Jason Aldean’s Six String Circus Tour in Irvine, CA on Saturday, Thomas was surprised backstage by his team and friends who gave him the platinum award.

“It’s crazy to think about all the fans who are taking this journey with me and are helping make things like this happen,” said Thomas Rhett. “I’ve had an amazing year already, but finding out that the album went Platinum is one of the coolest moments so far.”

Tangled Up has produced three chart-toppers including T-Shirt, the 2x platinum six-week number one Die A Happy Man and the platinum Crash and Burn.

In the Nielsen 2016 mid-year lists, Tangled Up is in the Top 5 Country albums and Die A Happy Man is the most streamed song overall with more than 80 million streams to date.