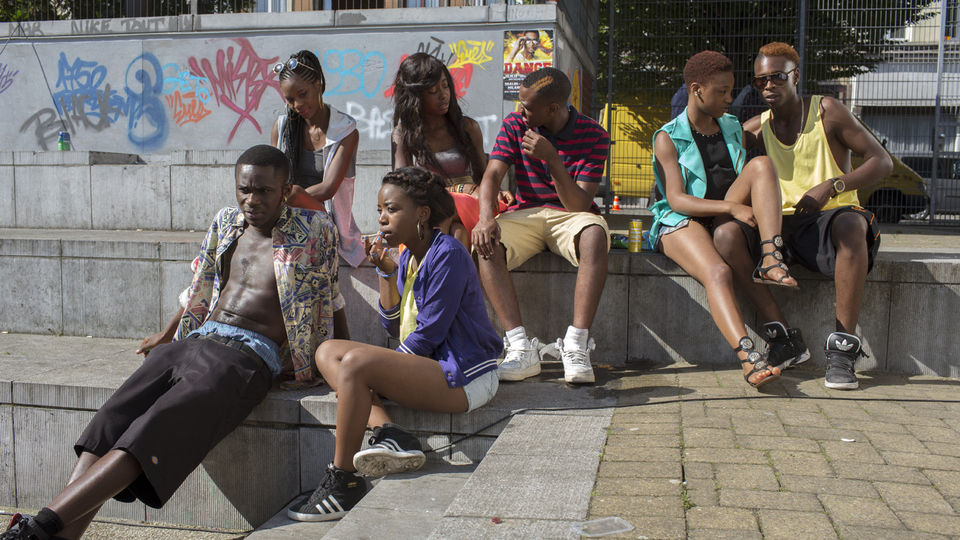 Check out an exclusive, first-look at the UK poster for Black, directed by Adil El Arbi and Bilall Fallah. The film, which is out in cinema’s on 19th August, is a stylish and searing story of forbidden love on the violent streets of Brussels.

Adapted from the hugely popular pair of YA novels by Dirk Bracke, a 15 year old girl in a black gang in the city must choose between loyalty and love when she falls for a Moroccan boy from a rival gang.

Moving at an electrifying pace and developed from hours of police ridealongs and first-hand research into the real young people driven into joining one of the nearly 40 street gangs in the city, directors Adil El Arbi and Bilall Fallah have crafted a pulse-setting contemporary take on a Shakespearean tragedy.

Black premiered at the Toronto International Film Festival 2015, where it won the prestigious discovery award and lead directly to Adil El Arbi and Bilall Fallah being personally selected as the directors of the forthcoming Beverly Hills Cop 4 by Jerry Bruckheimer and Eddie Murphy to bring a new youthful energy to the franchise.

Streetcast entirely from the real life neighbourhoods the film is set for gritty edge and authenticity, Black marks the impressive raw feature film debuts of leads Martha Canga Antonio, selected as one of Screen International’s Shooting Stars of 2016 following her performance and Aboubakr Bensaihi.

Check out the exclusive poster below: