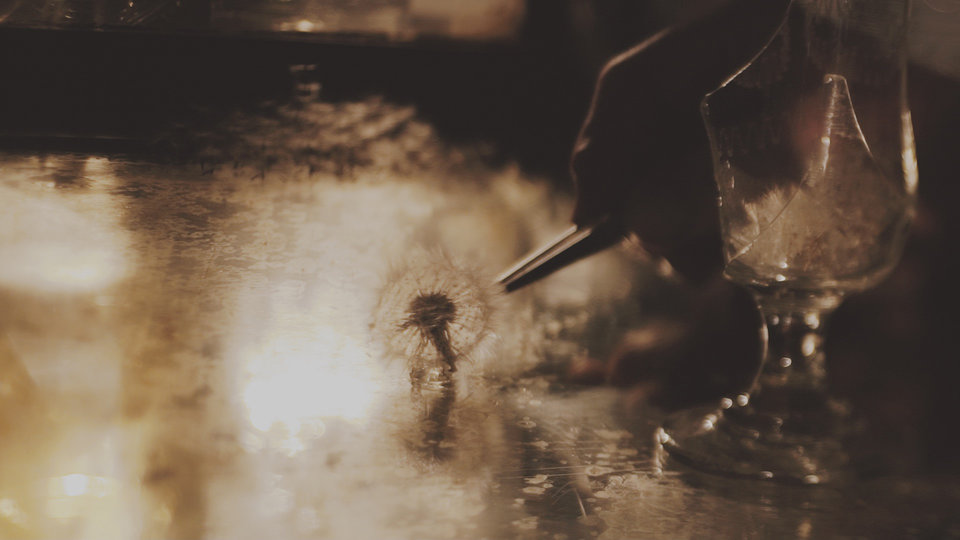 Leffe, the Belgian abbey beer, have released a documentary short-film called Slow Time, exploring six artists and artisans’ unique appreciation of time, in a bid to encourage people to take a break from their fast-paced lives and rediscover the joy of time.

The eleven-minute film has been created by BAFTA-nominated filmmaker Gary Tarn, and offers a rare glimpse into the working methods and thinking of six extraordinary talents, including a microsculptor, an experimental charcuterist, two of the world’s leading stop-frame animators, an astrophotographer and a camera-less photographer.

Leffe, which is brewed in line with a tradition of care and craftsmanship that goes back centuries, is releasing the short film to remind today’s hectic society to slow down and appreciate life’s pleasures: it also puts a spotlight on unique artisans who build their crafts with a deliberate consciousness of time.

“There’s no such thing as nothing”, says microsculptor Willard Wigan as he elaborates on the painstaking skill required to produce sculptures small enough to fit into the eye of a needle. To create the micro art, Wigan slows his heart and works within its beats, rediscovering his own time in order to craft something unique.

Adrienne E. Treeby of London-based Crown & Queue Meats uses the alchemy of time to turn raw ingredients into delicious salami. In the film Treeby uses Leffe beer as an ingredient, in a modern take on a centuries old tradition. “When you eat this cured meat, you’re really tasting part of the past…in a way that can connect you to your ancestors”.

Animation virtuosos Stephen and Timothy Quay allow a rare visit into their magical workshop to reveal the art behind their animation “you’re getting into the grit of the object itself – it’s surgery in a way, animation”. In a real coup for the beer brand, the filmmakers have also created an exclusive thirty-second black and white animation featuring a signature puppet figure, dandelion seeds and the new Leffe chalice.

Others featured in Slow Time include astrophotographer and BBC Sky at Night presenter Pete Lawrence, who describes the night sky as ‘a timescape’, and Dartmoor-based artist Susan Derges, who works on natural landscape projects that sometimes take months to complete, saying “Photography seems to me very much about stilling moments – capturing time”.

Slow Time was shot in part on 16mm film, using Tarn’s 1973 vintage Canon Scoopic camera.  The medium, now increasingly rare, reflects the theme of rediscovering time, as the filmmaker had to wait days for the material to be processed and prepared for editing.

Isabelle Maratier, European Marketing Manger at Leffe said: “Our film presents a stunning cinematic window looking at the way time itself can be used to create something beautiful. Each of the artists featured shows what can be achieved by slowing down and rediscovering the joy of time. Like Leffe, life time is to be savoured so we’re celebrating those that break with life in fast lane.”

Gary Tarn, BAFTA nominated and Slow Time filmmaker, said: “Technology has helped speed up our lives. But perhaps we are at a tipping point, where a reconnection with a slower pace is inevitable. In my own profession, when I am able to shoot on film, I find the results justify the increased waiting time between shooting and seeing the results. As Adrienne E. Treeby says in Slow Time, ‘great things take time’. For this film I chose to spend time with six people who share this belief; a group for whom the very act of slowing down becomes a starting point to create extraordinary work.”

In an exclusive partnership with Picturehouse Cinema, Slow Time will be shown at Leffe’s Picturehouse Summer Pop-Up Tour this year, opening the programme at each of the outdoor screenings.

The sponsorship deal will see film fans rediscovering time by taking a seat on a specially crafted Leffe deckchair and savouring a glass of Leffe Blonde whilst enjoying the movie. Premium Leffe branded blankets will be on hand to provide a more comfortable experience should British Summertime temperatures plummet.

Ever since 1240, Leffe’s craftsmanship has been passed on from one generation to the next and today each Leffe still carries that unique, rich flavour; the ultimate culmination derived from 800 years of craftsmanship. Brewed with patience, artistry and dedication, Leffe Belgian abbey beer is crafted to enable drinkers to slow down, enjoy the moment and rediscover time.

Check out the Leffe Slow Time film below: