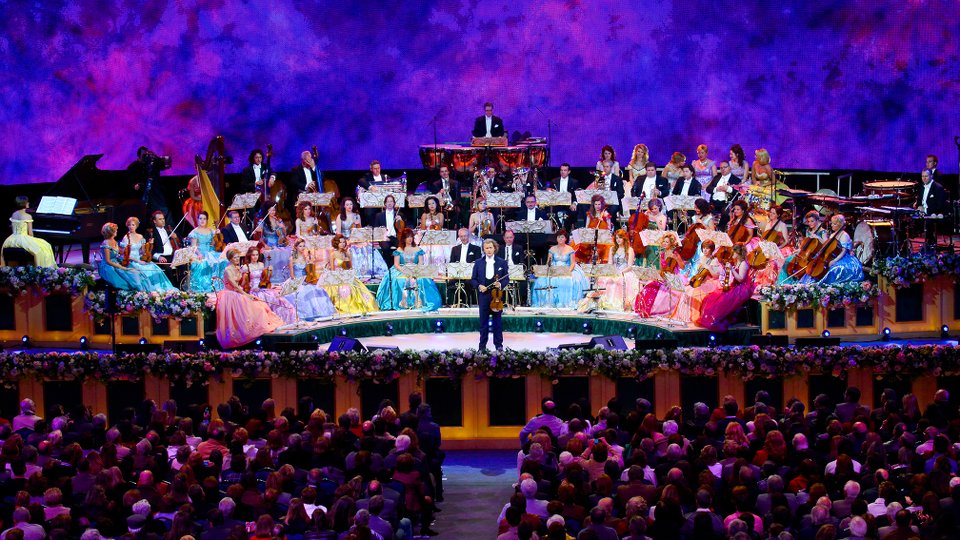 One of the world’s most popular music artists and known to millions as ‘The King of Waltz’, André Rieu’s legendary annual Maastricht concert has become a firm fixture in the Event Cinema calendar.

CinemaLive, leading producers and distributors of Event Cinema, are delighted to announce that André Rieu’s 2016 Maastricht Concert will screen via satellite in over 500 cinemas in the UK on Saturday 23rd July (7pm) and Sunday 24th July (3pm) including major multiplexes and many independent cinemas and arts centres.

Set against the stunning medieval backdrop of the town square in André Rieu’s Dutch hometown, the spectacular Maastricht concert features the maestro in his element, with his famous 60-piece Johann Strauss Orchestra, sopranos, tenors and very special guests. André promises and delivers an unforgettable musical experience full of humour, fun and emotion for all ages.

Commenting on this year’s event, André Rieu said: “Every year we find ways to make my hometown concerts a unique experience for our audiences in the square, as well as those who watch us in the cinemas. We put a lot of time, energy and love into creating something special, some Maastricht magic.”

CinemaLive Co-Director Janelle Mason said: “2016 marks our eighth year collaborating with the Rieus. André’s Maastricht Concert in Cinemas continues to grow in popularity across the world and each year the scale of the production is bigger and better than the last. With coverage by 29 cameras, including new drone-camera technology, the satellite-delivered concert is a remarkably intimate, comfortable and affordable experience for cinema patrons”.

The Maastricht concerts are André Rieu’s most popular concerts of the year. In 2015, over 70,000 fans from more than 70 countries travelled to the live concerts and almost 200,000 fans attended the cinema screenings of the concert worldwide.

This year, CinemaLive made the decision to add an extra screening of André Rieu’s Maastricht Concert, on Sunday afternoon (24th July at 3pm).

Janelle Mason said: “This year we’re giving André’s fans of all ages the chance to experience the Maastricht concert on the big screen. For those unable to make it on the Saturday evening, there’s now the option of a Sunday matinee – a perfect family day out.”

Good Morning Britain’s Charlotte Hawkins hosts several segments in André Rieu’s 2016 Maastricht Concert in Cinemas, including an interview with André after he comes off stage, as an exclusive for cinema audiences.

André Rieu’s 2016 Maastricht Concert will screen via satellite in over 500 cinemas across the UK on Saturday 23rd July (7pm) & Sunday 24th July (3pm). See list of participating cinemas at www.andreincinemas.com

To celebrate the Cinema Live event we have 1 pair of tickets to give away to a screening of your choosing. All you need to do to be in with a chance of winning is answer the question below.