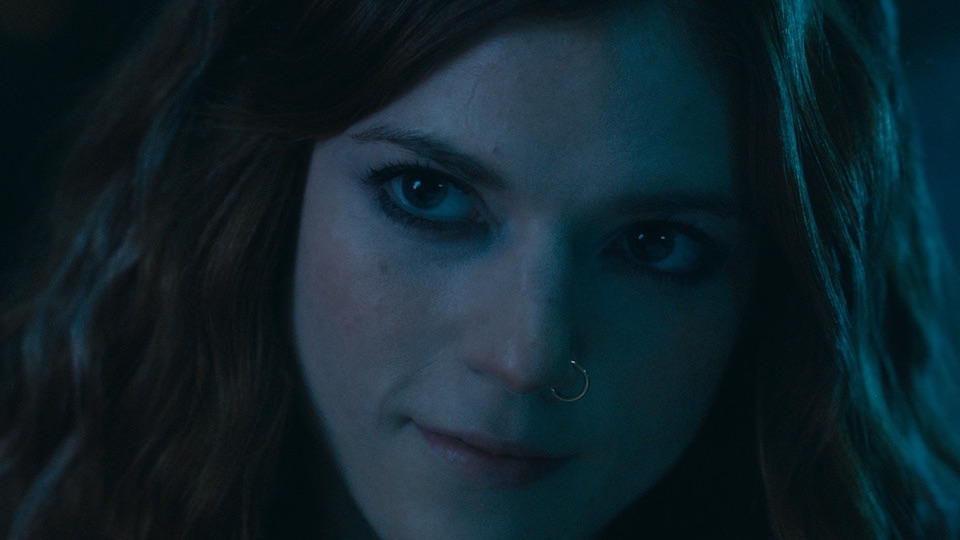 Amanda Sharp’s directorial debut is a tender and heartfelt drama, concerned with the fractured relationship between a young woman and her father. Featuring outstanding performances in the lead roles by Rose Leslie and Ray Liotta, Sticky Notes marks the arrival of a real and compelling new voice in American indie cinema.

The plot concerns Athena (Rose Leslie), a dancer in L.A. stuck in the cycle of perpetual auditions. Her lonely existence is punctuated with meaningless sexual encounters with nameless guys she picks up in bars. She pretends to be an actress as the sex is always better when guys think they are fucking an actress. It is in the immediate, breathless aftermath of one of these anonymous encounters that her phone rings and she is left a voicemail from her father announcing that he has cancer.

Athena drops everything and returns to Florida to look after him. Her father Jack, played by Ray Liotta on blistering form, is a real piece of work. A racist, belligerent man-child who sees his diagnosis as an excuse to just do what he wants. He smokes, he eats junk food, he sleeps with prostitutes. There are echoes of Alan Arkin’s Oscar winning turn in Little Miss Sunshine.

The script does a superb job of deftly playing with the notion of the parental roles in this relationship. Athena returns home to be the caregiver during Jack’s treatment. He acts like a child and she becomes the responsible parent. But Sharp’s script insightfully – and in a very visually distinctive way – taps into that strange adult phenomenon of no matter how old you are, once you start spending time with your parents you feel like a child again.

This is a very well written film, and the relationship between Jack and Athena is deeply complex. You really get the sense of a life of shared history between the characters. The title of the film comes from Jack’s habit of leaving sticky (post-it) notes all around the house with messages, advice, and inspirational quotes. It is how he expresses himself as a father – infuriating, distant, childlike, and sweet all in one.

We’ve known for a long time that Ray Liotta is a seriously good actor, but he doesn’t always work with the best material. It’s therefore wonderful to see him working with a script that gives him a chance to showcase how terrific he can be. In Sticky Notes he delivers a powerful and nuanced performance of a man who is almost irredeemably flawed, but is so human and recognisable as a result.

Rose Leslie though is the real revelation. Her portrayal of Athena could not be further from her star-making role in Game of Thrones, and suggests she will go from strength to strength in her career. A truly fearless performance, in her armour of big hair and bare midriff, she projects toughness and self-reliance, but her finger is always hovering over the self-destruct button. Some of the “daddy issues” might be a little on the nose, but Athena is a genuine product of her upbringing – no female role model and Jack as a father.

The only slight false note in the film is Justin Bartha’s character Bryan, the potentially one decent man in Athena’s life who she keeps pushing away. Bartha himself is fine, with his usual wry delivery, but Bryan is the only character who feels like he’s been written into the film. Where the others feel real and lived in, Bryan doesn’t seem quite as believable.

That being said, what we have here is a terrific debut from a young female writer/director, with a well written lead female character, performed outstandingly by a talented young actress. When the only criticism in this equation is a slightly underwritten supporting male character, quite frankly, I’ll take that any day.