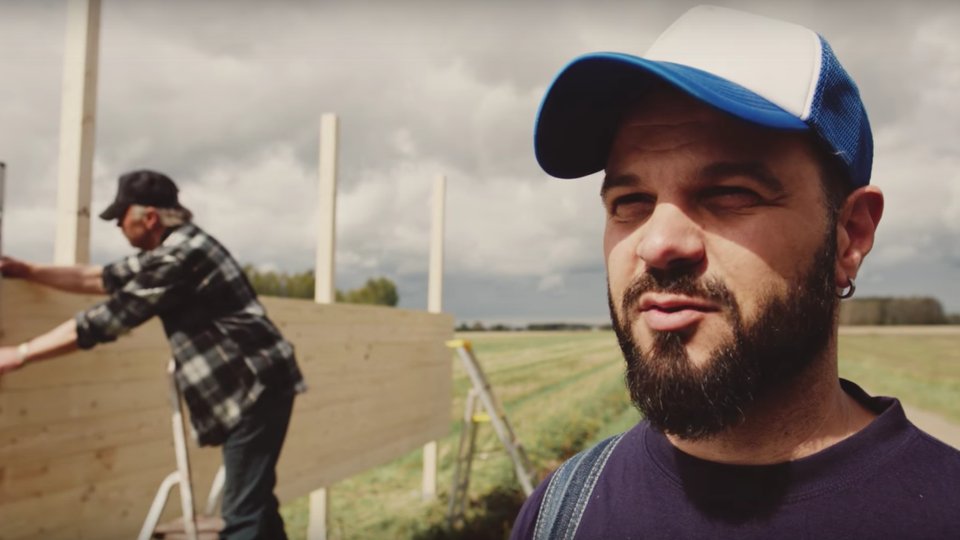 The farmers of Koskenkorva are about to get the recognition they deserve thanks to the launch of the new Vodka Farmer app.

For years the farmers have not been allowed to advertise the product that they earn a living from, Koskenkorva Vodka, as Finland’s strict alcohol laws prohibits any advertising. The product is loved by the people of Finland but the farmers who make it haven’t been able to talk about it.

Vodka Farmer, which is accompanied by a short film, gives players a virtual plot of Koskenkorva farmland to grow virtual barley. The aim of the app is for the real farmers of Koskenkorva to make their invisible profiles visible and to break free from their shackled silence.

To do so, they will build a wall, The Great Wall of Koskenkorva, where all the names of people who have downloaded the Vodka Farmer app will be immortalised. Around 7,000 names will fit on the first section of the wall and when that part is full, the wall will be extended northwards. But they will not run out of space anytime soon – the barley fields in Koskenkorva village stretch to the horizon and far beyond.

As the wall becomes bigger, the world may finally get to hear about the farmers of Koskenkorva and the award winning vodka they have crafted there since the early 1950s.

Find out more about the app and Koskenkorva by watching the video below: