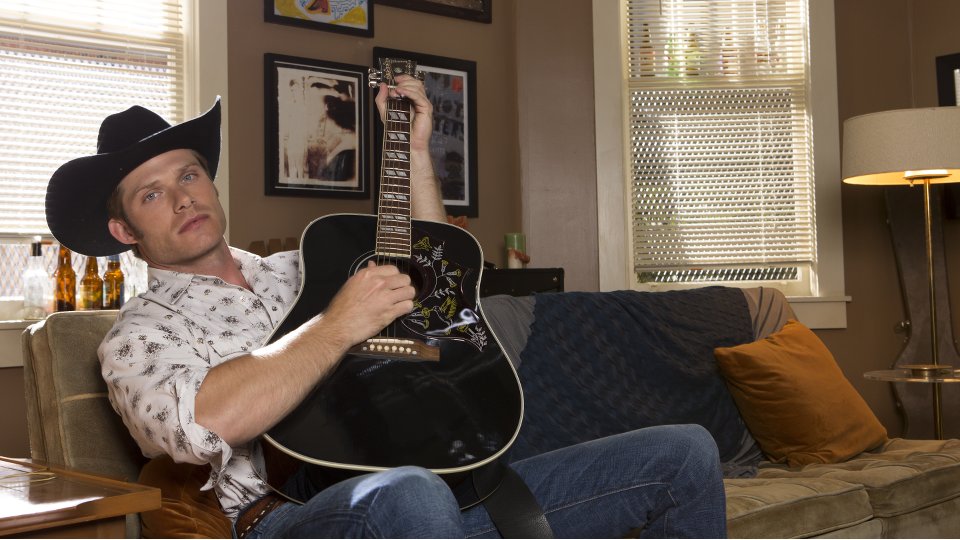 TV series Nashville has had quite the year. The show’s fourth season recently came to an end in the US and its channel home ABC decided to cancel the show. At the time of the cancellation the cast were preparing to head to the UK to perform for the first time following their most recent hugely successful US tour. Season 4 of the show hasn’t even hit our screens yet, and won’t be doing so until August apparently, so it was looking very likely that we wouldn’t be saying a final goodbye to the show until a good year after the US. Thankfully CMT and Hulu came to the rescue when fans rallied together to campaign for the show to be picked up on another network. The show’s survival makes the cast’s arrival on our shores for their first concerts all the more exciting as we Nashies know there’s much more to come from the musical drama.

This past week cast members Clare Bowen (Scarlett O’Connor), Sam Palladio (Gunnar Scott), Chris Carmack (Will Lexington) and Charles Esten (Deacon Claybourne) have been wowing fans across the UK and they’ll be rounding things up by heading to Dublin, Ireland on Monday. Nashville in Concert is down a couple of cast members – Aubrey Peeples (Layla Grant) and Jonathan Jackson (Avery Barkley) participated in the US tour but haven’t made the trip to the UK – but the four actors involved in this iteration of the tour are arguably the four most popular.

This afternoon the cast performed their first London date at the Eventim Apollo in Hammersmith, and for a matinee performance they were treated to a pretty wild and enthusiastic crowd. The set list combined favourites from the show along with original material from the performers. There were moments where each performer had the chance to shine in the solo spotlight but throughout the show they came together in different combinations for collaborative performances.

Things kicked off with the rousing What If I Was Willing, in my opinion one of the best songs Chris Carmack has been given during the course of the series so far. The chiseled hunk packs a mighty fine voice and he more than proved his musical prowess over the course of the two-hour show. He played acoustic guitar, electric guitar and saxophone, and his vocals were on fire. The first four songs saw the four performers each take to the spotlight for a solo moment then things started to get shaken up a little from that point.

Sam Palladio spoke of being overwhelmed that he was getting to play at the Eventim Apollo, a place he had visited a lot in his younger years while growing up. For me his finest moment came on the powerful Count on Me, a song featured in the first half of Nashville’s fourth season. His vocal was astounding and the passion with which he delivered the song was incredibly moving.

Clare Bowen’s solo moments proved to be an unexpectedly emotional experience. She introduced original song Love Steps In by explaining that it was written for her about her brother’s current fight against cancer. By the song’s end Clare was in tears, as were most of the audience, and she was given a well-deserved standing ovation. It was testament not only to her talent but also the passion that the audience has for Nashville and its cast.

Some of the biggest cheers were reserved for Charles Esten. From the moment he first appeared to perform I Know How to Love You Now, a self-penned song from the series, the audience went absolutely wild. He’s without a doubt one of the driving forces behind promoting Nashville across the world and his love of music is well-documented. He is one of the most charismatic leading men on TV right now and he’s just as charming in person with his talent shining brightly.

Highlights across the show included Clare’s solo rendition of When the Right One Comes Along, Chris Carmack’s original track Pieces of You, and Sam Palladio’s true tale Wake Me Up in Nashville. Charles blew me away with his powerful and sultry So I Cry which really showed off how powerful his vocal can be. The audience were brought to their feet for Hand to Hold, a duet between Clare and Charles that saw them dancing through the audience in the stalls to much hysteria.

Things came to a close with two group numbers – One More Song and A Life That’s Good. All four performers came together and the audience joined in for a sing-a-long on A Life That’s Good, a song that has sort of become an unofficial anthem for Nashville. As the music came to an end the cast spent time shaking the hands of the audience, saying their thank yous and posing for selfies with the front rows.

As a long-time Nashie I loved every minute of Nashville in Concert. It’s easy to overlook just how musically talented the cast of the show are but once you see them live you can’t help but be blown away. The vocals were flawless and Charles, Chris and Sam proved themselves to be capable musicians. For me Clare was the standout of the show with her beautiful voice and her fantastic stage presence. I left the Eventim Apollo wishing that season 4 would hurry up and arrive on Sky Living HD already and crossing my fingers that the cast returns next summer for another headline tour.