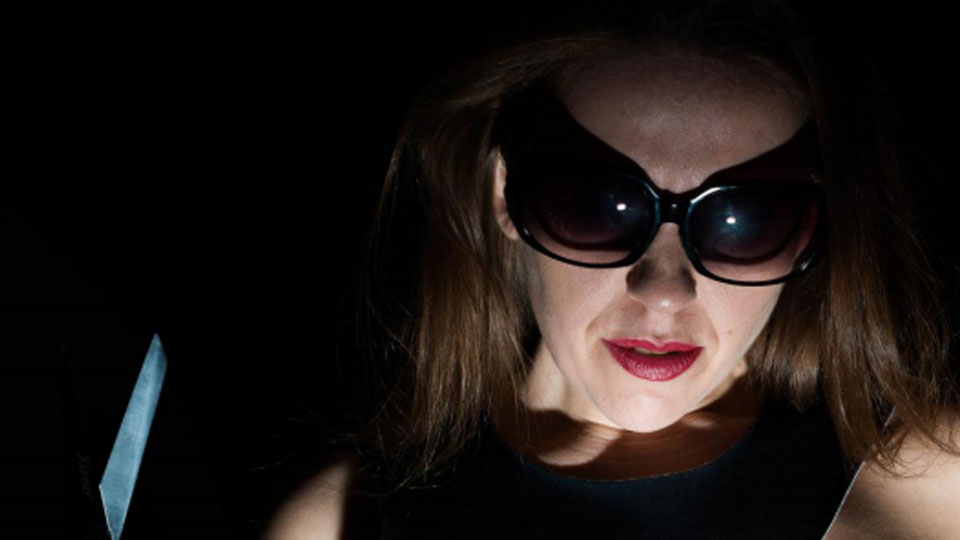 From Tuesday 5th – Sunday 31st July 2016 you can see CUT at The Vaults Theatre under the Waterloo railway arches.

Set against a black backdrop with unsettling moments of complete darkness, a small audience is sealed in an atmospheric Vault. Winner of the Best Theatre award at Adelaide Fringe 2015, and the Underbelly Adelaide Award 2015, this is the London premiere of CUT – an edge-of-your-seat thriller, written by award-winning Australian playwright Duncan Graham and performed by Hannah Norris.

A woman prepares for work. Pursued by a man, she is hunter and hunted. CUT is a total work of art. A Lynchian dream that transports an audience deep into the heart of 21st century fears – the psychological equivalent of extreme turbulence. Part installation, part theatre poem, part noir thriller, prepare to be sealed into this intimate and unforgettable experience.

Having taken the 2015 Adelaide Fringe by storm, CUT then went to a site-specific secret Edinburgh venue. With atmospheric sound design from 2009 Tony nominee Russell Goldsmith, this is a dark game of observer and observed, pursuer and pursued. The fragmented storylines, technical wizardry and superb performance manifest into an unforgettable theatrical trip.

Writer Duncan Graham, comments: “The idea for CUT was conceived in London, as I flew into the city, moved around on its trains, through its parks. Having had a season in Sydney at Belvoir, it’s so great to be presenting the work in what I consider to be its home. Hannah Norris is startling in the role, and she’ll haunt The Vaults with her breed of pure vengeance.