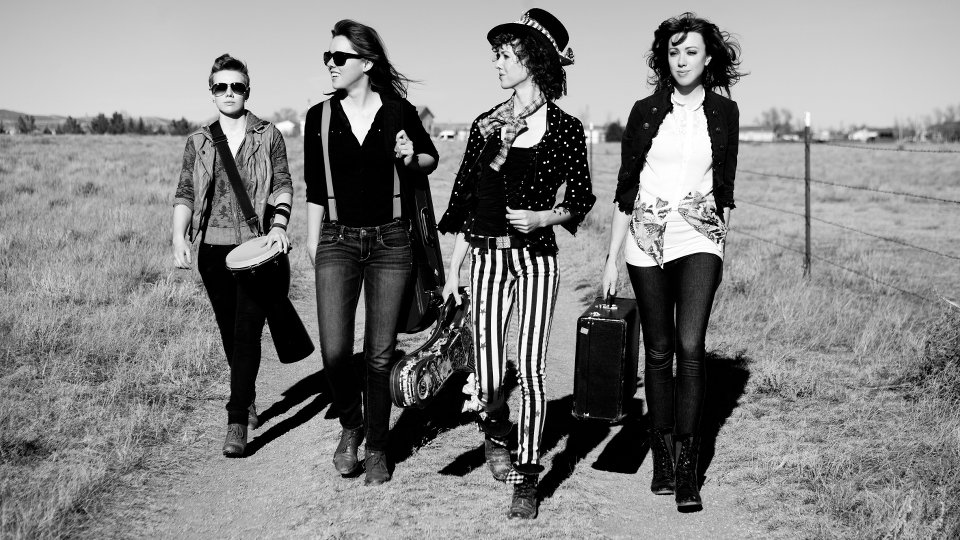 SHEL released their new album Just Crazy Enough last week and to celebrate the band has put together an EF Playlist.

Collecting 10 of their favourite cover versions, the siblings have offered up a diverse range of tracks from a wide variety of artists. There’s sure to be something for everyone in their selections.

One of our all-time favorite Led Zeppelin tracks with its revolutionary drum sound is actually an old blues ballad by one of the most powerful husband and wife duos of all time, Kansas Joe McCoy and Memphis Minnie. Inspired by the Great Mississippi flood of 1927, the original recording is unbelievably soulful, and Led Zeppelin’s reinvention of it adds a powerful feeling of foreboding.

2. Jimi Hendrix covers Bob Dylan – All Along the Watchtower

We grew up listening to this one on repeat while playing with Legos, I think this could only happen in a house with hippie parents. This song is the complete definition of epic in the Holbrook family.

Johnny Cash inhabited one of Trent Reznor’s most personal songs and as a result a whole new audience was touched by the power of it. I still cry when I watch this video. The humble acknowledgment of frail humanity is something you just can’t fake.

My whole soul is moved by the sound of genuine grit, and Levon Helm’s voice and mandolin playing makes the hair on the back of my neck stand up, especially on this flavorful take on one of our favorite Bruce Springsteen songs.

5. Johnny Cash’s cover of the traditional folk song God’s Gonna Cut You Down

This song haunts us, because when I hear Johnny Cash sing those words I believe him.

Obviously Emmylou Harris could sing anything and anyone listening would stop breathing, but this cover in particular is one of our favorites.

First introduced to us in the film Sucker Punch, this song was on repeat in mom’s car. She loved driving to it, taking sharp corners at high speed, blaring it with the windows down at stop lights… this went on for months.

10. Rockabye Baby! covers the Pixies – Where is My Mind

If you don’t play this for your baby, you are clearly not a hipster.