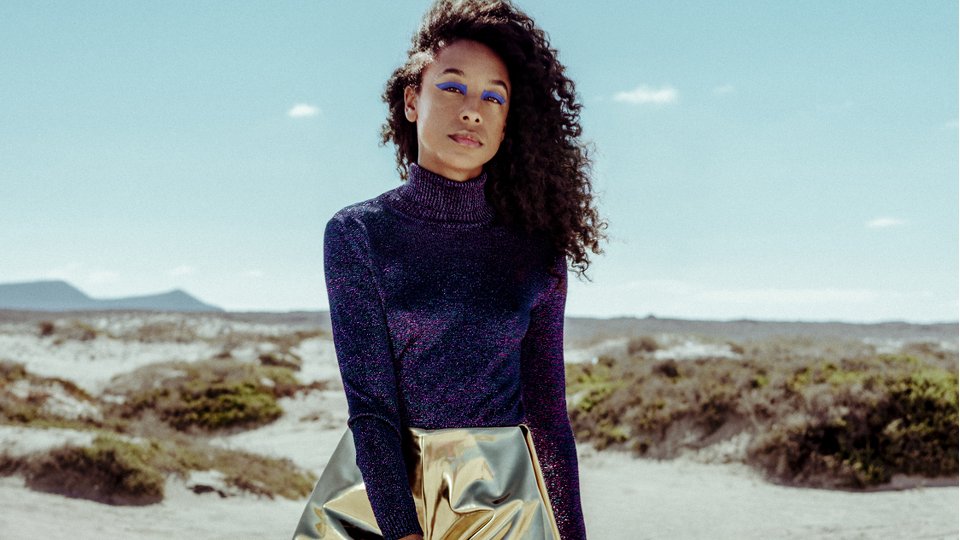 How time has flown since Put Your Records On was released! Corinne Bailey Ray has been in our lives for over ten years now. Every time I think of her, I immediately think of the accompanying video to Put Your Records On, where she is carefree, happy and riding a bicycle in the sunshine with her friends – joyful times! A lot has happened in her professional and personal life since then. Corinne Bailey Rae is a two-times Grammy award winner and her career has seen her work with a wide range of high-profile musicians and she has won numerous awards. This summer, she will be supporting the legendary Lionel Ritchie on his UK tour. Corinne’s last album was released in 2010 and as can be expected, it was a rather sombre affair, given what she went through (the death of her beloved husband).

Her new album is called The Heart Speaks In Whispers. This album however has shown how much healing Corinne has done since then and the album has those sunny moments that I always tend to associate with her. When you see Corinne performing live, she is joyful and so at easy on stage with a calming and cool persona. Of the album, Corinne states: The heart speaks through Nature, Dreams, the Body and Instinct. These songs are mystical, elemental and concerned with transformation. For me this album is vital and life-affirming”.

The Skies Will Break is the opening track it is a soothing and slightly atmospheric track that builds and grows as the song plays along. The song flows nicely in to Hey, I Won’t Break Your Heart, which is a slow, weepy and wistful song. Been To The Moon will be the first single to be released from the album, it sounds like something from a groovy soul band from the 90’s, Corinne shows her impressive range as she hits some great high notes. The album flows along nicely and track after track is soothing and seems to follow a similar vibe. Her clear vocals and an acoustic style open up Caramel and this is another soulful track, with her voice gliding over the lyrics like silk. The album wraps with Walk On, which again seems to be an almost continuation of the previous track.

The album is soothing, calming and dare we say it, peaceful. What we do think is missing from the album however, is a rather lack of separation from each track, The songs almost all flow in to one another too much – in that they generally sound quite samey. Although the songs are all super lovely, there isn’t many that stand out from each other. Her voice is on top form, as always and the mellow tones wrap themselves around each song.

Advertisement. Scroll to continue reading.
In this article:Corinne Bailey Rae, The Heart Speaks In Whispers