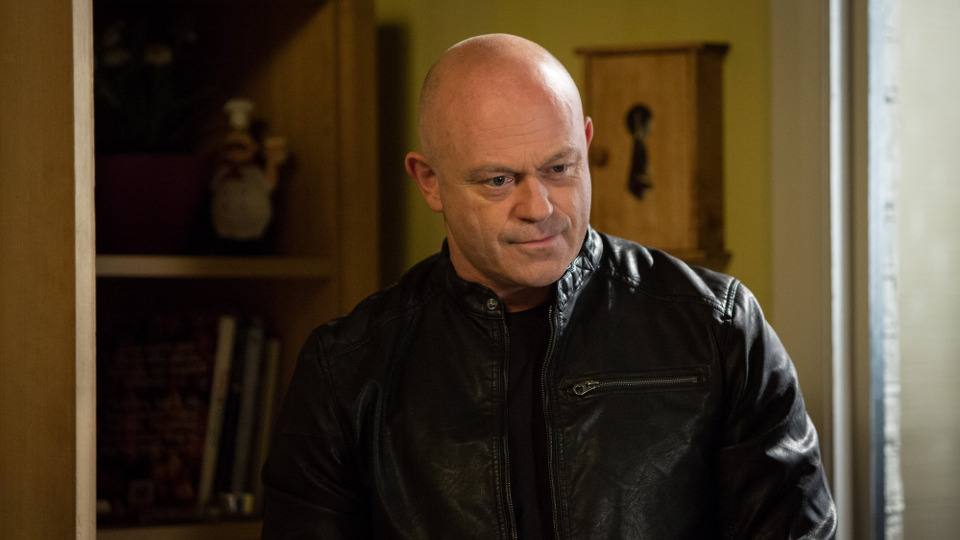 Grant Mitchell returns to EastEnders this week after hearing the bad news of his mum’s battle with cancer. Peggy Mitchell (Barbara Windsor) is due to bow out of the show later this month.

Ross Kemp is reprising the role of E20’s hardman Grant Mitchell in the soap for the first time since 2006. He made his debut as Grant Mitchell in 1990 alongside his onscreen brother Phil who is played by Steve McFadden. Their sister, Sam Mitchell (Danniella Westbrook), is also expected to make a return for the storyline.

Speaking of his brief return to EastEnders earlier this year, Ross said “When I was approached about returning to EastEnders for Barbara’s final episodes, it was something I could not turn down. Barbara is a very close friend so when I learned of the storyline, it felt right that the Mitchell brothers are reunited with their mother for the last time. I am really looking forward to going back to EastEnders and filming what are set to be some classic EastEnders episodes.”

Get ready for some fireworks as Albert Square is still home to Sharon (Letitia Dean), Grant’s ex-wife, who is currently married to his brother; and Kathy (Gillian Taylforth), his brother’s ex-wife who Grant previously slept with.

Although Grant is only back for a short time we’re hearing rumours he may well be back again later this summer.

Take a sneak peek at Grant Mitchell’s return to Albert Square in our gallery below: