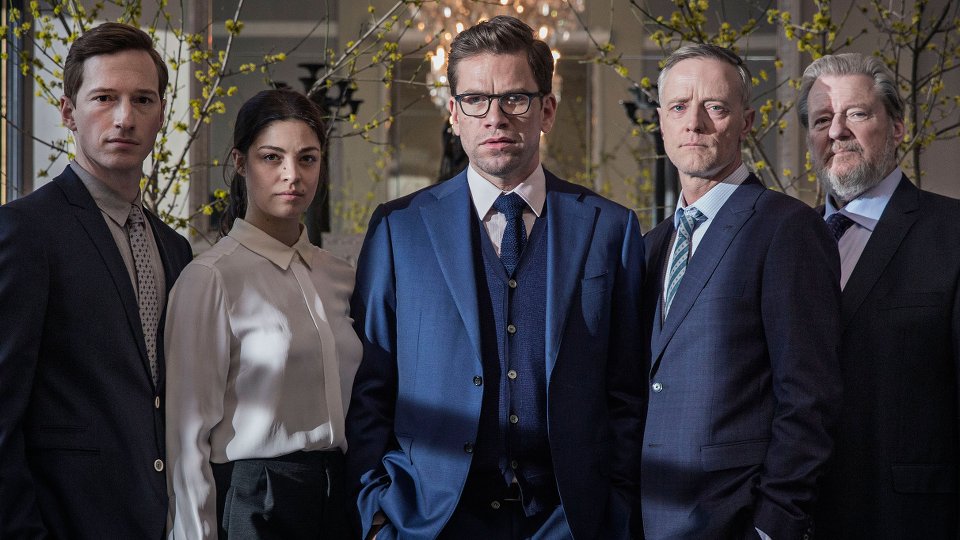 In recent months, Nordic Noir & Beyond has continued to grow from strength to strength as market leaders in releasing world class European TV shows to a wider audience. Following the success of The Bridge III, River and most recently Trapped, their dominance in the Euro-crime sector continues to help secure them as the No.1 Distributor of International TV series within the UK.

The series centres around one of Denmark’s leading energy companies, ‘Energreen’, and the endless layers of fraud and corruption which point towards insider trading and the death of an industrial employee. With a ruthless and troubled police officer determined to get to the bottom of this deception, a charismatic CEO set on growing his international business, a young lawyer desperate to advance in the company, and an ex-con devoted to provide for his family, this story becomes one of us human beings, the rich, the poor, the greedy, the fraudulent, the robbers who’ll go to any lengths to build the lives of our dreams.

Follow the Money comes from creator Jeppe Gjervig Gram, who co-wrote the Danish hit series Borgen, and executive producer Anders Toft Andersen, who draws on his experiences from The Killing and The Bridge, which together propelled this Nordic wave. As a result, this series is steeped in Nordic Noir & Beyond history, and the trailer only increases the excitement for this critically-acclaimed series.

To celebrate the release we’ve got 3 copies of Follow the Money to give away to our readers. All you need to do to be in with a chance of winning is answer one simple question below:

In this article:Follow the Money