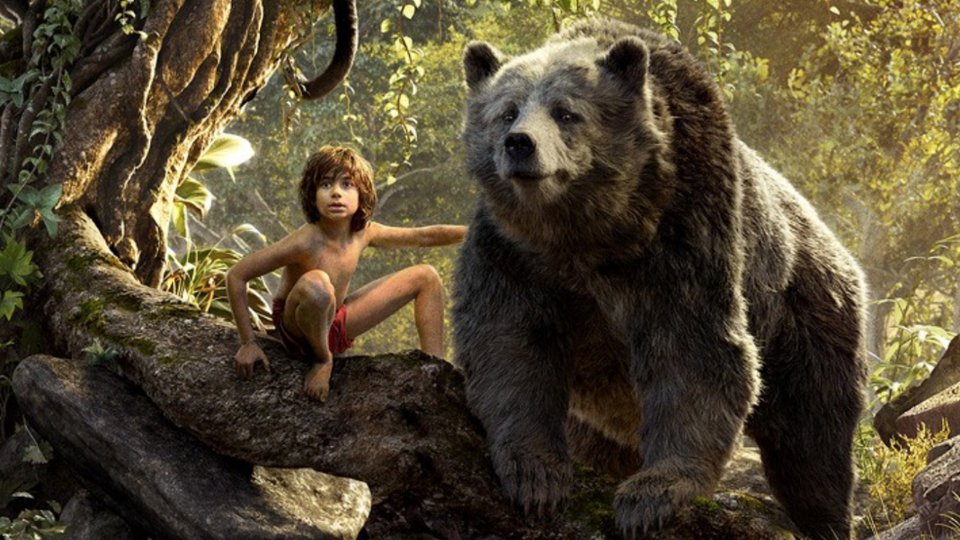 With Disney making live-action adaptations a big priority for the studio in the near future, now comes the turn of one of their most beloved tales – The Jungle Book. The animated version from 1967 is one of the finest examples of Disney’s cinematic heritage and thankfully this live-action version honours the legacy of that film whilst bringing a visionary new tale to life.

When young man-cub Mowgli attracts the unwanted attention of a vengeful tiger named Shere Khan, he makes the tough decision to protect his adopted family of wolves and leaves the jungle. Guided by Bagheera the panther who saved him as a baby, Mowgli embarks on a fantastic journey of self-discovery that brings him in contact with many weird and whacky friends and foes along the way.

The success of this movie lies with the mammoth collaborative endeavour of everyone involved, from the cast to the animators. This is spearheaded by the one and only Jon Favreau, a man who really is fast-becoming the best director in Hollywood today. Favreau is a modern day genius and a master storyteller who hasn’t put a foot wrong in his career. His expertise is beautifully utilised here and his natural passion for the project is onscreen for all to see. Doing the multiple source materials true justice, Favreau has helmed a quite remarkable motion picture that rattles your senses, tickles your funny bone and grips your attention throughout.

The effects are simply stunning in The Jungle Book and need to be seen to be believed. This is one of the few films where 3D is used to startlingly good effect and I do urge you all to catch this in 3D IMAX if at all possible –the viewing experience is magnificent. This was shot entirely in downtown Los Angeles – which means that everything you see onscreen is photo-realistic magic. This level of artistic brilliance has never been seen before, with a seamless blend of live action and motion capture that plays to everyone’s strengths.

Neel Sethi had a very task ahead of him when he was cast as the man-cub Mowgli. It’s a role that could very easily have gone wrong, by playing it too sweet or too precocious. Thankfully, Sethi nails it and he comes in as a brilliant Mowgli full of the classic traits that made the animated character such an engaging watch.

The animals are all staggering with Ben Kingsley leading the line as the voice of Bagheera the Black Panther. Giancarlo Esposito and Lupita Nyong’o are brilliant as Akela and Raksha, Mowgli’s adopted Wolf parents and Scarlett Johansson bewitches as the python Kaa. The best cameo is easily Christopher Walken as the legendary King Louie, whilst Bill Murray simply steals the film as the loveable bear Baloo.

Idris Elba chills to the bone as the genuinely scary Tiger Shere Khan and this also marks another reason why The Jungle Books works so well as a movie – it doesn’t sugarcoat its story. Kids films aren’t always treated fairly when it comes to narrative journeys, with many talking down to its younger audience. The Jungle Book doesn’t do this, and at times, this creates some scary scenes. That’s what sets this apart from lesser fare and what will guarantee that your kid’s kids will still be watching this version of The Jungle Book in the future. It makes sure that the story is of paramount importance.

The environments, the textures, the sights, the sounds and the ambience of the Indian jungle is gorgeously conceptualised here and makes sure that The Jungle Book delivers everything you’d want from a live-action adaptation. Delivering more than just the bare necessities, Jon Favreau and Disney have created a timeless piece of gold that will enchant audiences for many years to come, and will leave you in awe-struck euphoria.