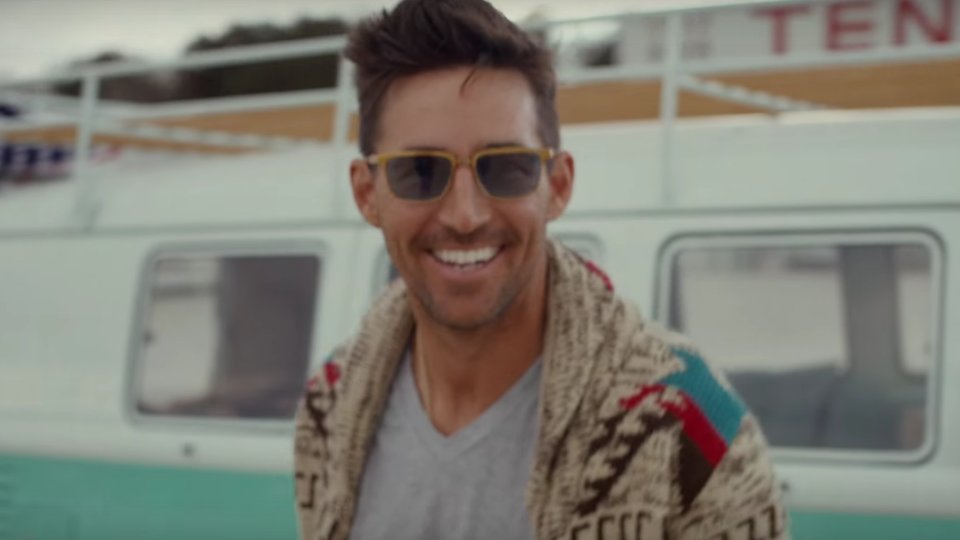 The lead single from Jake’s as-yet-untitled fifth studio album. The song is the follow-up to 2015’s Real Life, which will not be included on the new album after failing to make much of an impact on Country radio.

In the video Jake travels around in a camper van, plays American Football, goes sight-seeing and heads to the car wash. The sun-drenched video perfectly brings the song to life and sets the song up to be a big hit.

American Country Love Song was written by Ross Copperman, Jaren Johnston and Ashley Gorley. Copperman produced the track with Shane McAnally. Since it’s release the song has climbed into the Top 20 of the US Hot Country Songs Chart.

No date has been set for Jake’s new album yet but it is expected to surface at some point this year.

Watch the music video for American Country Love Song below: