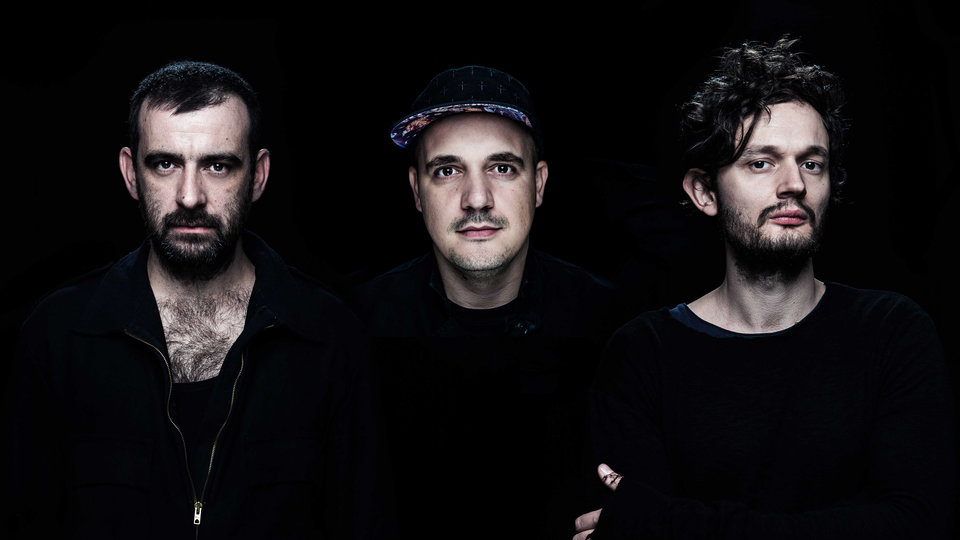 Moderat have returned with a brand new album, III. III completes Moderat’s triology and is a distinctive project from the group as individuals.

Germot Bronsert, Sascha Ring and Sebastian Szary were brought together by Berlin’s legendary rave scene. Out of this solid foundation, III was born and the album signifies Moderat’s maturation in modern pop and mastery of the group. With III, they update the songwriting tradition with an intriguing palette, born of careful attention and skill, informed by their experiences with sounds of nearly 25 years of sub-and-club culture.

I had a listen and below are my thoughts.

The first track, Eating Hooks starts of slow but about a minute in the song does shape up to something quite beautiful. The vocals are captivating and with that comes a level of detail, which is simply stunning. Eating Hooks is layered and quite powerful in parts.

Running is slightly different, it is a much denser and bigger track. Although the rhythm of this track screams house the vocals are mellow and soothing. Watch out for the big finish, which is simply divine.

Finder is a purer track on the album. The song could appear quite simplistic with the lack of vocals but instead it is a beautiful work. Finder changes ever so slightly, every so often and perfectly balances the contrast between big and quiet melodies. Five minutes feel like 10 seconds.

Ghostmother is another stunning track but this time its the vocals that really give this track its character and heart. The song’s chorus is big with just enough edge to keep you wanting more. Single, Reminder hasn’t lost its shine on the album and makes so much sense within this record. The track is so easy to listen too but it is complex and this is the amazing ability, which Moderat possess: to make complex sounds sound simple.

The Fool is another great track on the album with its mean, deep chorus. I love the distorted sounds and how unexpectedly the music breaks. Intruder is a clear favourite with its catchy chorus and infectious melody. When you think the track has nothing left to give Moderat surprise you with a bouquet of unexpected sounds and it all works perfectly. Intruder has hit written all over it.

Highlights on the album are difficult to pick since I loved the whole thing. If I had top pick gun to my head then Running, Finder, Intruder and Animal Trails.

With III Moderat have turned House music into an art form. There is not one track on this album I wouldn’t recommend and the level of musicianship is enviable. If you like Moderat, you won’t be disappointed.  I highly recommend this album.

III is released on 1st April via Monkeytown Records.

You can watch Reminder below:

Advertisement. Scroll to continue reading.
In this article:iii, Moderat