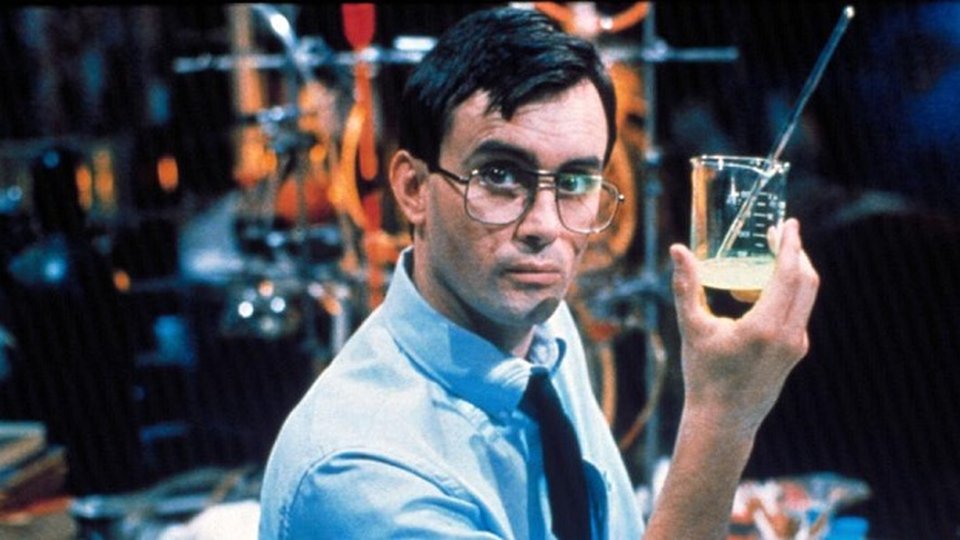 Apparently bringing people back from the dead no longer satisfies the insane Re-Animator Dr. Herbert West. Like all mad movie scientists with a God complex, he is now obsessed with creating life.

In this follow up to the 1985 cult classic, we catch up with Dr. West (Jeffrey Combs) 8 months after the “Miskatonic Massacre”, where he is now masquerading as a field doctor in some South American warzone. With his faithful companion Dr. Dan Cain (Bruce Abbott) alongside him, they treat the wounded, whilst also experimenting on the endless supply of corpses provided by the conflict. West believes he has found the secret to creating life from dead tissue.

Rebels attack the field hospital, and the next thing we know, they are back working at Miskatonic University Hospital. Prior conduct was clearly not a problem for the board.

The film struggles from this point on to separate itself from the original, essentially becoming a remake rather than a sequel. It is not without it’s pleasures however. Jeffrey Combs remains the main attraction – his deadpan delivery and eye-bulging performance as the pretentious and psychotic Doctor West is consistently funny. David Gale, reprising his role as the severed head of the obnoxious Dr. Hill is also amusing – particularly when berating a poor pathologist for a boring lecture he delivered years ago.

Praise is also due for the bloody and grisly practical effects. The “Bride” is certainly impressive, but the best of the grotesque can be found in West’s rejected experiments that all attack in the freak show inspired ending. Fingers with an eyeball. An arm attached to a leg, which grabs you and then kicks you. A dog with a human arm. And the famous body with two fronts. Fans of weirdness and gore will not be disappointed.

What is disappointing is that these good elements are stitched and sutured onto a mostly rubbish film. The plot has no structure. The pace is poor, trudging slowly through the scenes without building any real atmosphere or anticipation. The acting and line delivery is so self conscious, as if they are trying to make a cult film, rather than a film that earns cult status by itself.

It isn’t scary, and even with Combs doing his best in every scene, the film isn’t nearly funny enough to compensate for the lack of scares. Not a great film unfortunately, but hey, we’ll always have the original.

However, this new Blu-ray release from Arrow is a very handsome package. In fact, the special features are better than the film. These include a brand new interview and feature length commentary with director Brian Yuzna, a fascinating featurette on the special effects, and an archive “making of/behind the scenes” documentary. There are also deleted scenes and the theatrical trailer. The HD transfer is a bit patchy in places, with some bits looking great, and others still looking as if they were shot on VHS. I would expect that fans of the franchise will be very happy with this new release. It’s a 2 star film, but a 4 star package.

In this article:Bride of Re-animator